The senior BJP leader held a road show and also offered prayers at Lucknow's Hanuman Setu temple ahead of filing his nomination. 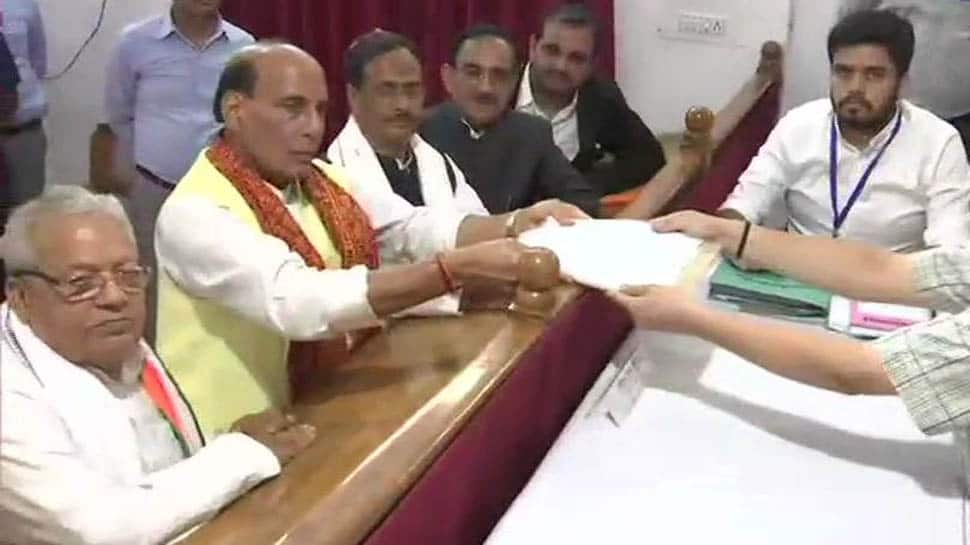 The senior BJP leader held a road show and also offered prayers at Lucknow's Hanuman Setu temple ahead of filing his nomination.

He was accompanied by BJP national spokesperson Sudhanshu Trivedi and UP Minister Brajesh Pathak.

Several key leaders of state BJP and Uttar Pradesh government were present during the roadshow.

Singh had contested from the parliamentary constituency for the first time in 2014 and registered an easy victory over the Congress candidate. In 2014, the candidate contesting against him was Rita Bahuguna Joshi who is now in BJP and a minister in UP government.

Lucknow remains a prestigious constituency for BJP as it was once held by party patriarch and former prime minister late Atal Bihari Vajpayee.

The election in Lucknow will be held in the fifth phase on May 6. The counting of votes will take place on May 23.