In a distinctive gesture, Prasad has claimed to be offering free rides to people in Haldwani till Modi`s swearing-in ceremony as the new Prime Minister of the country. 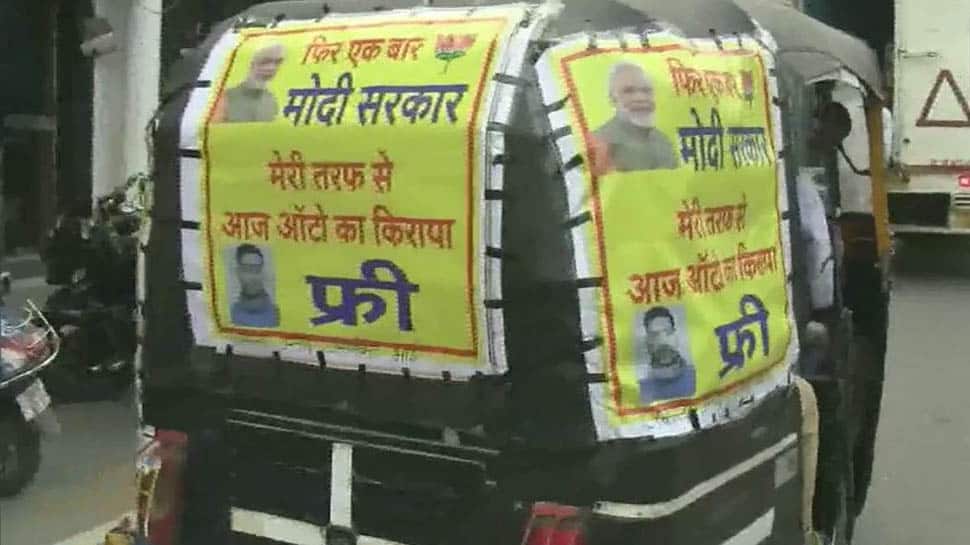 In a distinctive gesture, Prasad has claimed to be offering free rides to people in Haldwani till Modi`s swearing-in ceremony as the new Prime Minister of the country.

"I am extremely happy that Prime Minister Modi is taking the oath again. He speaks for all. He talks about every section of the society. He takes all 130 crore citizens together. I will offer free rides till the swearing-in ceremony of Modi ji," Prasad, who earns around Rs 1,000 daily, said.

With the official count in the Lok Sabha elections over, the BJP has secured 303 seats, which is 22 more than the party got in the 2014 elections.

Along with its allies, the NDA took its tally up to 352 in the 17th Lok Sabha. This will be the first time when a non-Congress party has managed to secure a majority on its own for the second consecutive term after Indira Gandhi had won in 1971.

After historic win in 2019 polls, BJP-led NDA may get majority in Rajya Sabha