The VVPAT slips of at least five EVMs per assembly segment in a Lok Sabha constituency will be counted. 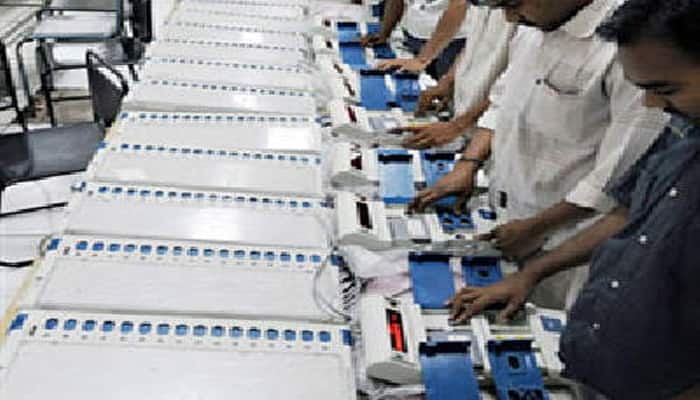 The fate of 243 candidates in the fray from 20 Lok Sabha constituencies in Kerala will be decided when the results of the same along with 522 other seats are declared on Thursday, May 23. The counting of votes will begin at 8 am and is likely to continue till Thursday evening.

Following the instruction of the Supreme Court, the Election Commission of India (ECI) will also take into consideration the Voter Verified Paper Audit Trail (VVPAT) slips tally while counting the votes this time around.

The VVPAT slips of at least five EVMs per assembly segment in a Lok Sabha constituency will be counted. As the tallying of votes will take place only after the last round of counting, the result is expected to delay by at least five hours.

Kerala went to poll in a single phase on April 23 (third phase) after a high-decibel 40-day long campaign. The state witnessed a better voter turnout or voting percentage in comparison to the 2014 general election.

One of the most talked about seat in Kerala is that of Wayanad from where Congress president Rahul Gandhi is contesting against CPI's PP Suneer and NDA's Thushar Vellapally. Two-time sitting Member of Parliament (MP) Shashi Tharoor and Union Minister Alphons Kannanthanam are among other prominent candidates contesting in Kerala to constitute 17th Lok Sabha.

Kerala saw a triangular battle between the Congress-led United Democratic Front (UDF)the Communist Party of India (Marxist)(CPI)(M) led Left Democratic Front and the Bharatiya Janata Party (BJP) at least in Pathanamthitta, which is the epicentre of the Sabarimala Temple protests.

The Bharatiya Janata Party (BJP) has never won a Lok Sabha seat in the Kerala.

According to the exit polls which were declared on May 19 following the conclusion of the seventh phase of voting, the Congress-led UDF is expected to gain massive victory in the state while the BJP is likely to open his account in the state.