What came as a boost to the BJP ahead of the upcoming assembly elections was the party's performance in many assembly segments represented by the opposition. 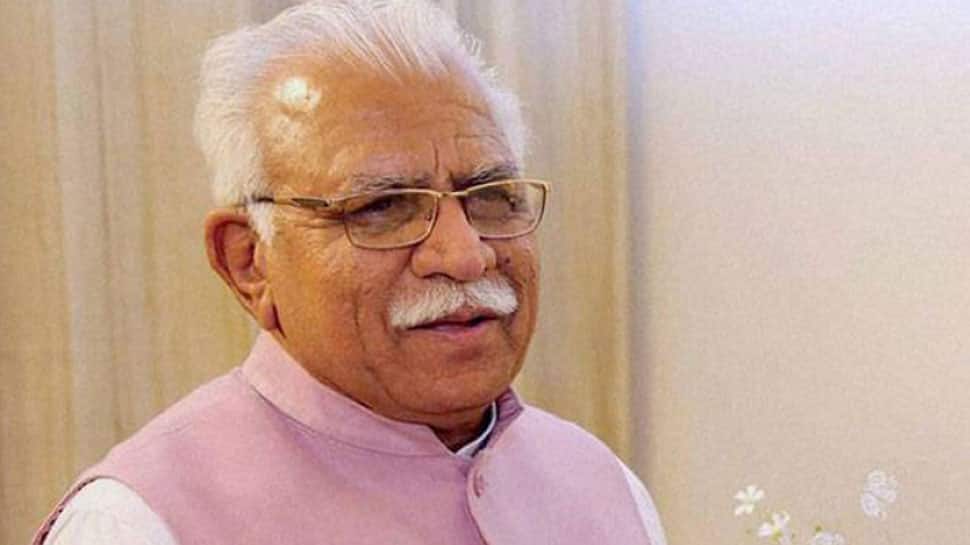 Chandigarh: The BJP's clean sweep in all ten Lok Sabha seats in Haryana is likely to cement Chief Minister Manohar Lal Khattar's position as a leader who can deliver in the state which goes to polls later this year.

Though 'Modi factor' played a key role in Haryana as in other parts of the country, Khattar's leadership was also under test in these polls as it was widely believed that it would set the tone for the Assembly elections.

The credit for the party's clean sweep in Haryana goes to Prime Minister Narendra Modi and party chief Amit Shah "as well as Chief Minister Manohar Lal Khattar, who has shown he can deliver", he said.

The BJP is optimistic that the momentum in favour of the party will continue in the assembly polls and help it retain power in the state.

"People want development. Good governance and development will be our poll plank," Kataria said. The BJP had won 47 seats in 2014 assembly polls, forming government on its own for the first time in Haryana. Later its tally increased to 48 members in the 90-member House when it won the Jind bypolls.

Khattar, a 65-year-old Rashtriya Swayamsevak Sangh Pracharak who was handpicked by Prime Minister Narendra Modi to lead the first BJP government in Haryana, has emerged as a prominent non-Jat leader.

A bachelor known for his simple lifestyle and clean image, he was a first-time MLA but over the years earned himself the reputation of a tough task master with a no-nonsense approach.

While Khattar gave credit to Prime Minister Narendra Modi, party chief Amit Shah and the party's pro-people policies for the stupendous show, he parried a question when asked if Khattar factor worked as well.

These interpretations are for media to make, he said. He said that the people rejected dynastic and regional politics and backed the developmental programmes of the central and state governments being carried out with the spirit of Sabka Saath Sabka Vikas.

What came as a boost to the BJP ahead of the upcoming assembly elections was the party's performance in many assembly segments represented by the opposition.

"The BJP believes in development agenda, we believe in doing work on the ground and people backed us for this. Our performance in the Lok Sabha election is surely going to have an impact the upcoming Assembly polls", BJP's sitting MP from Sonipat Ramesh Chander Kaushik, who defeated Congress veteran Bhupinder Singh Hooda, said.

A fragmented opposition also helped the ruling party's cause. Indian National Lok Dal has been in a disarray ever since the party split last year. The former chief minister O P Chautala-led party received its worst drubbing ever in the Lok Sabha polls, with its vote share plunging to 1.89 per cent from 24.4 per cent in previous polls.

Like INLD, its breakaway Jannayak Janata Party too failed to win any seat.

The BSP-Loktantra Suraksha Party combine also could not make an impact.

The Congress too failed to give a fight to the BJP as party's stalwarts including former chief minister B S Hooda, Kumari Selja and State Congress chief Ashok Tanwar were among the losers.

The BJP's strategy to step up its activities in Rohtak during the past few years also paid off, where it unseated three-time MP Deepender Singh Hooda in what was considered as Hooda family stronghold.

According to political observers, the Jat community, which had dominated the state's politics for a long period, had resentment against the BJP because of the reservation row but Khattar has managed to align the non-Jats in the party's favour.

Many believe that the non-Jat politics, for which former chief minister Bhajan Lal was known, has been taken over by Khattar now.