Yogi Adityanath has denied BJP supporters broke a statue of Ishwar Chandra Vidyasagar in Kolkata and has said it is TMC which is known to be opposed to worshipping statues. 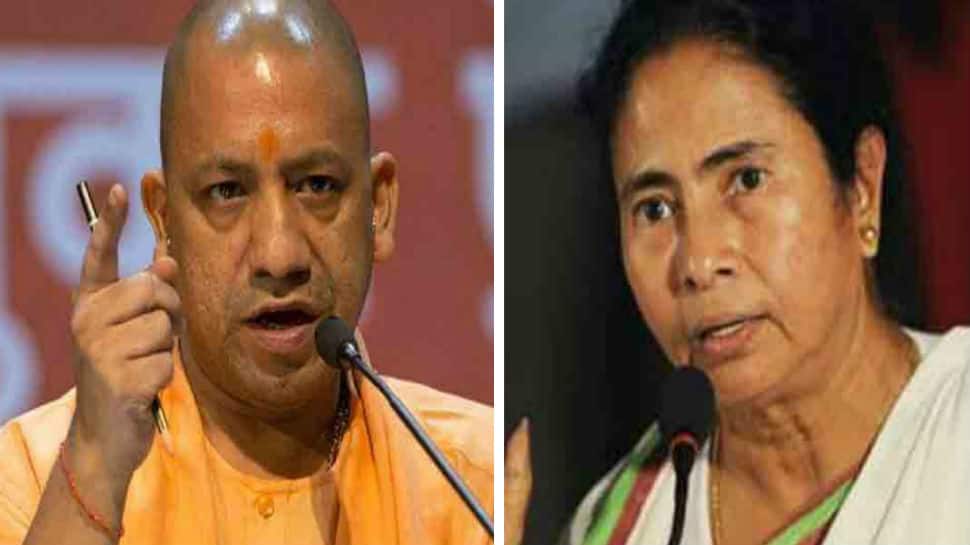 Kolkata: Yogi Adityanath on Wednesday opened a fresh front for Bharatiya Janata Party's attack against Trinamool Congress and its chief Mamta Banerjee. Speaking at a press conference a day after violence marred Amit Shah's Kolkata roadshow, the Uttar Pradesh Chief Minister said that Mamata is engaging in appeasing minorities as well as using undemocratic means to intimidate rivals and people at large.

Questioning the state machinery in West Bengal for creating roadblocks in organising rallies, Adityanath said that the politics that Mamata practices ought to be brought down. "People in West Bengal want to change the undemocratic government here. Mamata knows this and she is demoralised by her impending defeat in Lok Sabha election and this is why she is doing what she is. The violence in Kolkata during Amit Shah's rally was extremely unfortunate," he said. "They say that BJP workers broke the statue of Ishwar Chandra Vidyasagar. How did BJP workers enter a closed compound? I challenge TMC to put CCTV footage from the area in public domain. We have enough respect for Vidyasagar who was a great social reformer. We also respect statues and pray to statues. Is it not true that it was Mamata who had tried to halt Durga Puja for Muharram when the two had fallen on the same day last year?"

Stating that people's sentiments should always be prioritised, Adityanath said that he had told UP officials to find a common ground for Durga Puja and Muharram procession in his state. "Mamata didi does not even like someone saying Jai Shri Ram. TMC government here has lost all right to be in power in West Bengal."

Urging people in the state to rise up against anarchy, Adityanath said that he is sure that voters would reject TMC in Lok Sabha election. He also said that the entire country is voting peacefully except for West Bengal. "Uttar Pradesh is the largest state but there has been no violence. Voting has been peaceful across the country but I am amazed at the incidents of violence in West Bengal. Innocent people are being targeted by the goons of TMC. This would spell doom for them."

West Bengal has witnessed violence in all the phases of Lok Sabha election 2019 so far. TMC and BJP supporters have clashed with even Shah's rally in Kolkata turning anarchic. While TMC says BJP supporters indulged in violence, BJP has put the blame on TMC. A statue of Ishwar Chandra Vidyasagar was vandalised at Vidyasagar College and this has become the major point of friction between the two parties. While BJP has already complained to the Election Commission of India and demanded that Mamata be banned from campaigning as she instigated her supporters on Tuesday, TMC has released videos which, it claims, are proof of BJP's violence in Kolkata. The party is also scheduled to meet EC officials.