"You pretended to scold your mentor for what? Because he publicly said what had always been in Congress' heart?" 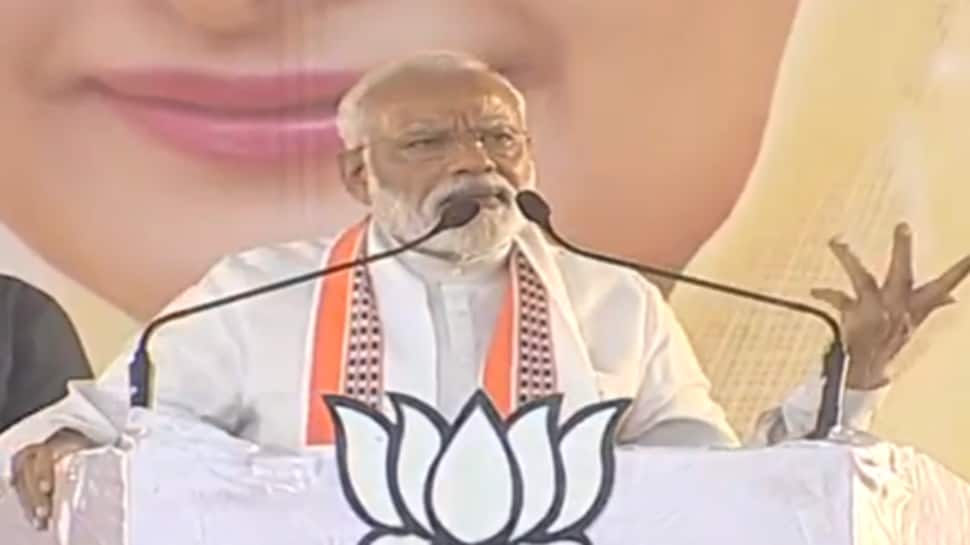 Bhatinda: Prime Minister Narendra Modi on Monday attacked Rahul Gandhi and said he had only pretended to scold Sam Pitroda over his remarks on 1984 anti-Sikh riots.

Rahul has been under fire since Congress' Pitroda responded to a query on the riots by saying 'hua to hua.' While Congress was quick to distance itself from the comment and party president Rahul said Pitroda should be ashamed of himself, PM Modi said the remarks only showcased Congress' true nature. "'Naamdaar', you pretended to scold your mentor for what? Because he publicly said what had always been in Congress' heart? It's you who should be ashamed," he said at an election rally here.

PM Modi has gone on the absolute offensive after Pitroda's controversial remark last week. "Congress, which ruled for a maximum period, has been insensitive and that is reflected by the three words spoken yesterday...These words have not been spoken just like that, these words are character and mentality and intentions of the Congress," PM Modi had been quoted as saying by news agency PTI at a rally in Rohtak last Friday. "We can very well understand the arrogance of those who run the Congress in these three words 'hua to hua.'" (Full report here)

Pitroda has been facing enormous flak and had previously apologised for making the remark. "The statement I made was completely twisted, taken out of context because my Hindi isn't good. What I meant was 'jo hua vo bura hua.' I couldn't translate 'bura' in my mind,'' he had said in an attempt at putting up a weak defence. "What I meant was move on. We have other issues to discuss as to what BJP government promised and what it delivered. I feel sorry that my remark was misrepresented, I apologise. This has been blown out of proportion,'' he added. (Full report here)

Regardless of the apology from Pitroda and the subsequent reprimand from Rahul, many feel that the damage may have already been done. Punjab votes in the final phase of Lok Sabha election 2019 this Sunday and the BJP has raked up the controversial remark repeatedly in a bid to highlight Congress' follies.

You should be ashamed: Rahul Gandhi slams Sam Pitroda for his remark on 1984 anti-Sikh riots