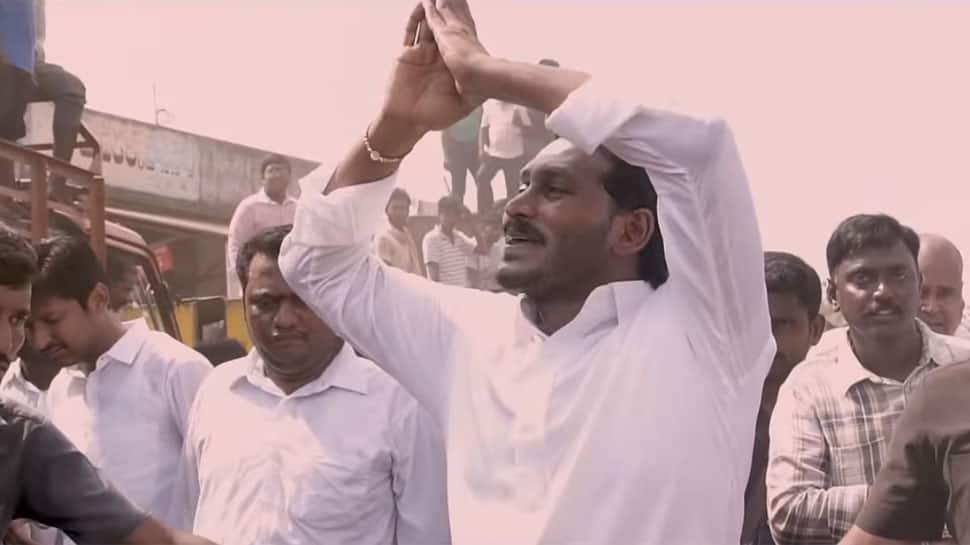 The song was uploaded on the Indian Political Action Committee (I-PAC) YouTube Channel on March 8. The party claims that the music video has gone viral across Andhra Pradesh.

“'Ravali Jagan, Kavali Jagan' has gone viral across the state of Andhra Pradesh, and beyond. It has become the most watched political campaign song on YouTube, within three weeks of it being posted on YouTube,' said the YSRCP.

The music video captures Jagan's political rallies and his interaction with the public during the 3,648-km Praja Sankalpa Yatra. There is also a shot of Jagan’s father, late Dr YS Rajasekhar Reddy, from his padayatra in 2003-04.

‘Ravali Jagan, Kavali Jagan’ is a campaign slogan coined by the I-PAC in 2018. Under the banner, the party cadre had previously run a month-long outreach programme to highlight Jagan Mohan Reddy’s poll promises.

“The bridge of the song describes how the lives of people belonging to the Backward Castes are burning in flames of loans, how people are being cheated in the name of DWCRA loan waiver for women, how youth were cheated with false promise of jobs, and pain that is being felt by the pensioners,” said the party.

The party, during the launch, said it intends to ensure that the song reaches the people across the state at the grass-root level.