He also slammed the opposition parties for alleging that the scheme was being implemented without any budgetary provisions. 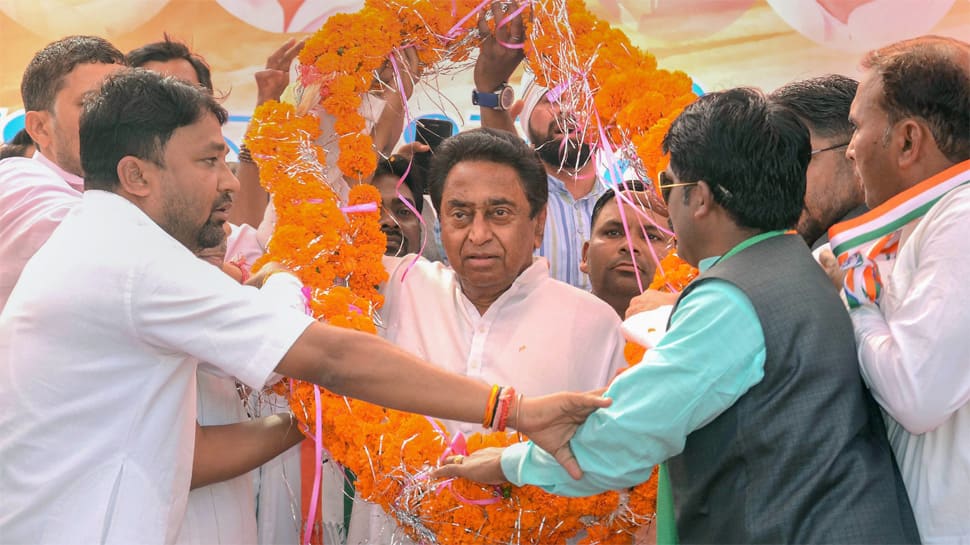 He also slammed the opposition parties for alleging that the scheme was being implemented without any budgetary provisions.

Before the Assembly elections in November last year, Congress president Rahul Gandhi had promised that if his party was voted to power, it would implement farmers' loan waiver within 10 days of government formation.

The state cabinet on January 5 gave its nod to waive crop loans of 55 lakh farmers, while extending the eligibility cut-off date to December 12, 2018 from March 31, 2018. "The Madhya Pradesh economy has been agriculture- based. About 70 per cent people are associated with agriculture and allied sectors. Hence, this loan waiver is an investment in the economy, which can't be strengthened without farmers," Nath said at the launch event.

"This decision is a milestone in the state's economy. It will benefit 55 lakh small and marginal farmers and cost the state exchequer Rs 50,000 crore," he said.

There are three forms of different colours to be filled by farmers, he said adding, "But the BJP will target the government even on this issue. They have alleged that the loan waiver was announced without any budgetary provision."

"They (opposition) don't need to teach me...They are luring (the Congress MLAs)...And continue to do this. But I trust their (Congress MLAs) loyalty...I will not say more, but the BJP needs to keep its own house in order," he said.

Nath said his government would give the report card of the work to be done in the next five years.

"We are saying that Modi ji (Prime Minister Narendra Modi) should also give the central government's report card," he said.

On how the state government plans to arrange funds for the farm loan waiver scheme considering the economic condition of the state, Nath said, "We had studied before making the loan waiver announcement. I have talked to the banks. The BJP itself has accepted that they have left a debt-ridden state behind."

Farmers who have registered themselves to pay GST and are paying income tax, cannot avail benefits under this scheme, he said.

Asked if the 'Bhavantar Yojana' launched by the Shivraj Singh Chouhan government would continue, Nath said, "We are studying the scheme and will present it in a new form after removing its shortcomings."