The Cabinet expansion comes a day before the monsoon session of the Maharashtra Legislature begins. 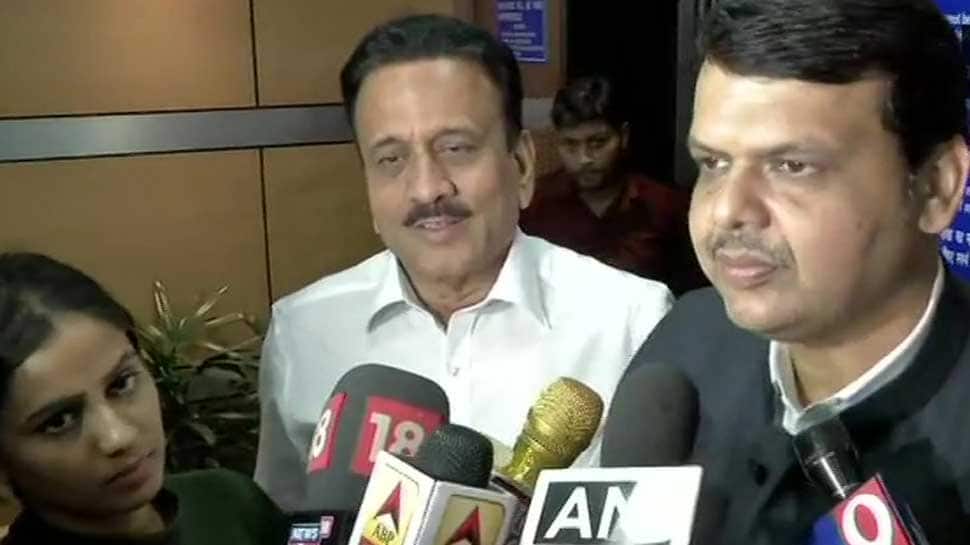 According to sources, the swearing-in ceremony will take place around 11 AM at the Raj Bhavan.

CM Fadnavis had announced on Saturday that the state cabinet will be expanded on Sunday.

The Cabinet expansion comes a day before the monsoon session of the Maharashtra Legislature, the last before Assembly polls later this year, begins.

In the last few days, both Fadnavis and state's Finance Minister Sudhir Mungantiwar had given enough indications about the cabinet expansion.

Ahead of the Cabinet expansion, Fadnavis had met Shiv Sena chief Uddhav Thackeray on Friday and held discussions about the ministers to be inducted in his cabinet.

"I met Shiv Sena president Uddhav Thackeray at his residence 'Matoshri' and discussed in detail cabinet expansion," Fadnavis had tweeted on Friday.

On Saturday, NDA ally Republican Party of India (Athawale) confirmed that its leader Avinash Mahatekar will be inducted into the Fadnavis government in Sunday's expansion.

Former Congress leader Radhakrishna Vikhe Patil, who is tipped to get a ministerial berth in today's cabinet expansion, has said that he would carry out "whatever responsibility" he is given.

Currently, there are 37 ministers including the Chief Minister, and Fadnavis can accommodate another five.

A vacancy was created in 2018 when BJP's Pandurang Fundkar died, the then agriculture minister.

The portfolio is now being handled by revenue minister Chandrakant Patil.

Deepak Sawant, then health minister, resigned earlier this year and the department is being looked after by Eknath Shinde, who is also the PWD minister.

Parliamentary Affairs and Food and Civil Supplies Minister Girish Bapat resigned after being elected to the Lok Sabha from Pune.

His portfolios are being shared by Education Minister Vinod Tawde and Tourism Minister Jaykumar Rawal.

Smaller allies have one cabinet and MoS post each.