While Mumbai’s major COVID-19 hotspots such as Dharavi and Worli have shown significant improvement, some of the northern suburbs such as Mulund, Bhandup, Malad, Kandivli, Borivli, and Dahisar continue to register high cases on a daily basis. 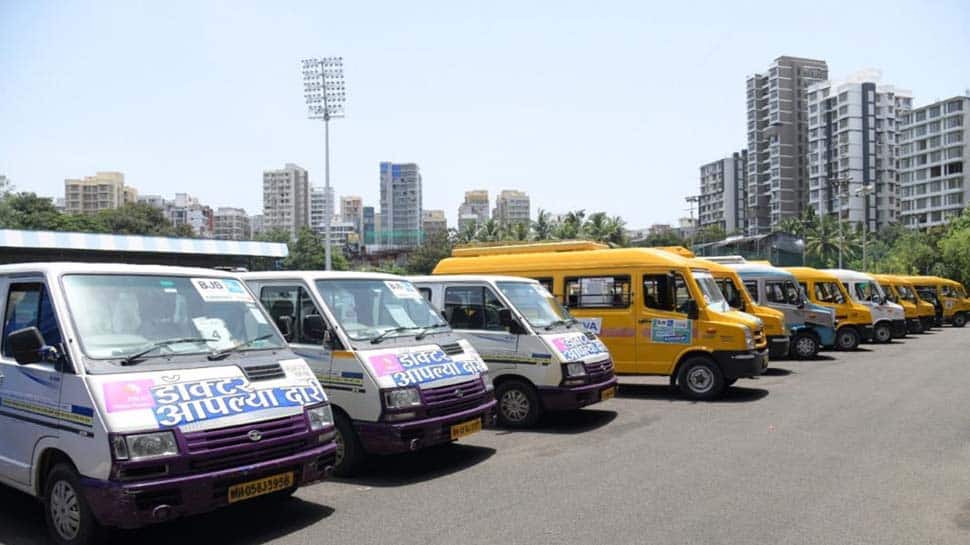 Drawing on the lessons learnt during the fight against coronavirus COVID-19 in Dharavi, Asia’s largest slum, the Brihanmumbai Municipal Corporation (BMC) is now implementing a Rapid Action Plan for the city’s northern suburbs.

While Mumbai’s major COVID-19 hotspots such as Dharavi and Worli have shown significant improvement, some of the northern suburbs such as Mulund, Bhandup, Malad, Kandivli, Borivli, and Dahisar continue to register high cases on a daily basis.

The Rapid Action Plan has been modelled on the lines of the strategy that helped contain the spread in Worli and Dharavi. As part of the plan, BMC  has pressed into service 50 mobile fever clinics in ambulances in these areas. The mobile clinics drive around through the day with a team of doctors, who carry out door-to-door screening of residents, check for fever and other symptoms, co-morbidities, and collect swabs, if there is any suspected person. The steps for elaborate screening include door to door survey of at least 10,000 houses per ward.

Each community volunteer, equipped with a thermal scanner and a pulse oximeter screens about 100 houses.   A massive population of 25 lakh people will be screened in the coming week.

Dharavi model of foraging public-private partnerships with various civil society organizations is being replicated in suburbs too.  BMC has tied up with local doctors,  CREDAI-MCHI,  Bharatiya Jain Sanghatan,  Desh Apnaye Foundation,  who are helping out in providing mobile vans, medicines etc, while swab testing, isolation and quarantine facilities are being looked after by BMC.

In order to speed up testing, Maharashtra Government is also procuring 1 lakh Rapid Antigen Test kits to screen people across COVID-19 hotspots in Mumbai and Pune. These kits, manufactured by South Korean company SD Biosensor, have been approved by the ICMR (Indian Council of Medical Research), New Delhi.

Rapid Antigen Test – performed on a suspected patient’s nasal swab – detects the presence of viral proteins in the nasal secretion on the swab.  The result is available in less than 30 minutes.  Although, Rapid Antigen kits are less sensitive than regular RT-PCR tests, but they present the option of speed, in fighting a pandemic. The quantum of testing per day in Mumbai is set to go up to 6,000 from the  present average of 4,000- 4,500.  In comparison,  Delhi, which on Tuesday, overtook Mumbai in the number of Covid cases reported, has been testing in excess of 15,000 per day.

The Centre has lauded the BMC’s ‘chase the virus’ strategy by aggressively conducting targeted tracing of Covid suspects.  Ministry of Health & Family Welfare in its communication noted that BMC adopted a model of actively following 4 Ts – Tracing, Tracking, Testing and Treating.  This approach included activities like proactive screening.

While 47,500 people were covered by doctors and private clinics in house-to-house screening, about 14,970 people were screened with the help of Mobile Vans, and 4,76,775 were surveyed by BMC health workers. Fever clinics were set up for screening high risk category such as elderly/senior citizens. This helped to screen 3.6 lakh people.

Also, around 8,200 Senior Citizens were surveyed and as part of its policy of ‘Timely Separation’, they were separated from the other community to effectively limit the transmission of the disease. In all, 5,48,270 people have been screened in Dharavi. The suspected cases were shifted to well organized COVID Care Centres and Quarantine Centres.  As a result of these measures, doubling rate in Dharavi has gone beyond 78 days, which is more than twice the doubling of Mumbai.

The Centre has been closely cooperating with state governments and local bodies in India’s Fight against Corona virus, by devising pre-emptive, pro-active and graded response policy. In this regard, various guidelines, advisories and treatment protocols have been developed and shared with the states to strengthen the collective response towards combating Covid-19.