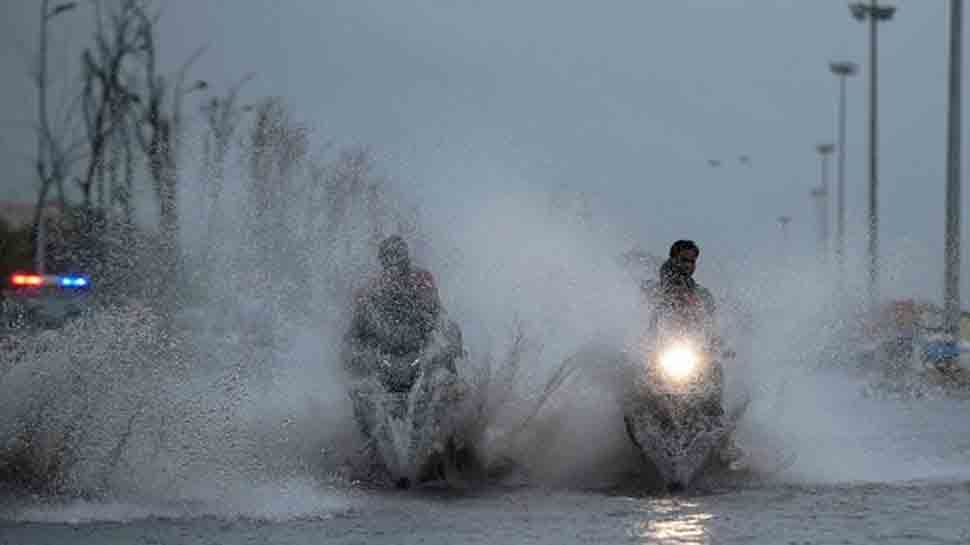 New Delhi: The India Meteorological Department (IMD) has predicted heavy to very heavy rainfall in several parts across central and south India on Saturday and has issued a red alert for parts of Maharashtra, Madhya Pradesh and Telangana.

Strong winds with speed reaching 40-50 kmph are very likely to prevail over central and southwest Arabian Sea and central and adjoining south Bay of Bengal. This will result in squally weather over Gujarat, Maharashtra, West Bengal, Odisha and coastal Andhra Pradesh. Fishermen have been advised not to venture out in the sea.

In the meantime, Prime Minister Narendra Modi's proposed visit to Nagpur on Saturday has been postponed amid IMD's red alert in the region. However, the PM would visit Mumbai and Aurangabad, officials said yesterday.

He was to lay foundation stone for a Metro coach factory in Nagpur and a Maharashtra Metro Rail Corporation (MMRCL) project to connect Nagpur with Wardha, Ramtek and Bhandara.

Torrential rains and waterlogging in parts of Maharashtra and Gujarat has hampered train services on several routes. "Due to heavy rainfall and waterlogging in parts of Mumbai, the service of Train No.12134 Mangaluru Junction - Mumbai CSMT Express scheduled to leave Mangaluru Junction at 16.40 hrs on September 5, 2019 is cancelled," the Indian railway said in a statement.

As per IMD predictions, Mumbai is likely to receive heavy rain with the cloudy sky throughout the next week.