A fire brigade official said that the deceased also include a two-year-old girl. The incident took place at a clinic in Indira Gandhi Market. 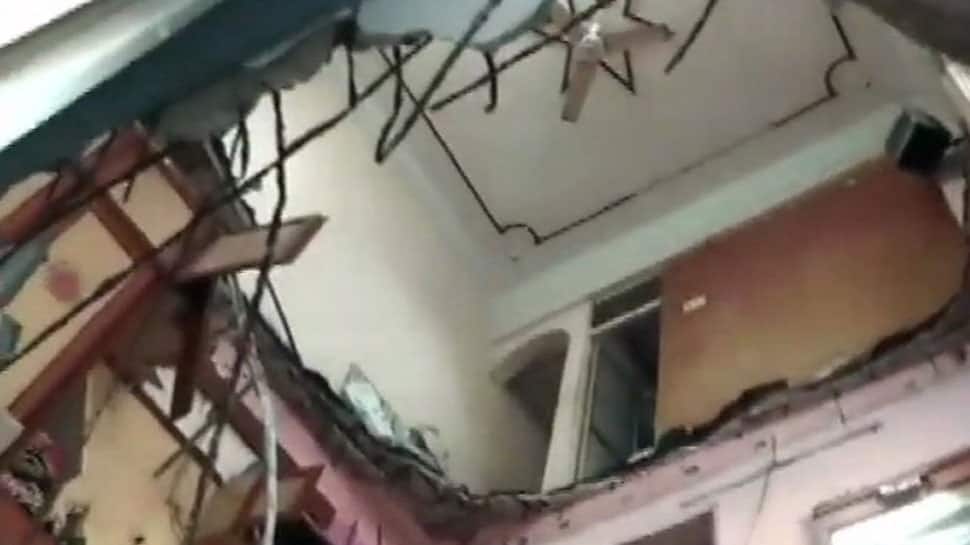 Mumbai: Three people were on Sunday killed after the roof of a building collapsed in Ulhasnagar in Maharashtra's Thane district. The injured have been shifted to a hospital.

A fire brigade official said that the deceased also include a two-year-old girl. The incident took place at a clinic in Indira Gandhi Market.

Teams of police and fire department rushed to the spot and conducted the rescue operation.

Maharashtra: 3 people died, 2 injured after a building collapsed Indira Gandhi Market, Ulhasnagar in Thane district earlier today. The injured have been shifted to a hospital. pic.twitter.com/T968ZDEMzx

Three others were injured in the incident that took place at around 2:30 pm in Memsaab building in Camp 3 area of Shivaji Chowk locality in the township, the official added.

"They were declared dead on arrival by medical authorities. Three others, including Dr Lal Rizwani who runs the clinic, were injured and have been admitted to a nearby hospital," he told PTI.

UMC Disaster Cell chief Balasaheb Netke said the structure in which Sai Aashirwad clinic was housed was a five-storey one and had 15 tenements.

"The second floor collapsed onto the first floor which in turn came crashing onto the ground floor where the clinic is situated," he said.

UMC officials said the process of sealing the building, constructed around 1994-95, was underway.

A probe has been ordered into the incident, they added.