Sena chief Uddhav Thackeray has indicated that he was not keen on any rapprochement with estranged cousin Raj Thackeray. 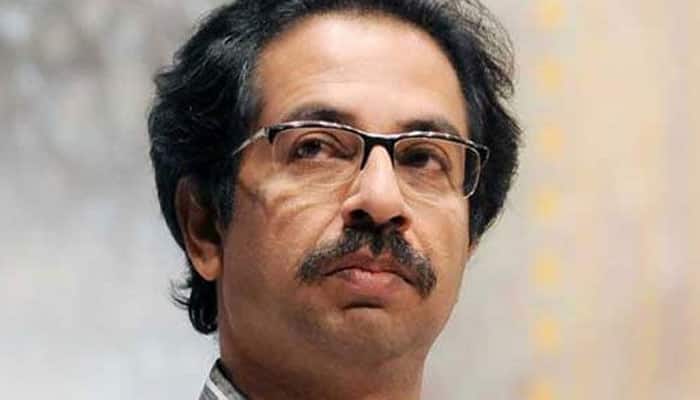 Mumbai: The Shiv Sena on Tuesday asked the Maharashtra Navnirman Sena (MNS) not to field candidates for the Brihanmumbai Municipal Corporation (BMC) elections.

"If it doesn`t field candidates then we believe MNS is thinking for `Marathi manus` else it`s apparent that MNS is BJP`s B team," the Shiv Sena said in a statement.

The Shiv Sena has ruled out any alliance with the MNS.

Sena chief Uddhav Thackeray has indicated that he was not keen on any rapprochement with estranged cousin Raj Thackeray.

A day after MNS leader Bala Nandgaonkar went to Matoshree (Uddhav`s residence) seeking an alliance, the Sena chief said: "I have not received any proposal. Anyway, the Sena is all prepared to go solo and we will win across Maharashtra."

The MNS leader, earlier on Sunday, was not granted an audience by Uddhav and hence he had to be content meeting Sena leaders like Anil Desai, to whom he proposed an informal alliance.

The proposal would include the MNS not fielding any candidates in constituencies where the Sena is strong and in return the Sena would not field any candidates that had sitting MNS corporators.