Uddhav took oath as the 18th chief minister of the state, ending the month-long political crisis in Maharashtra. 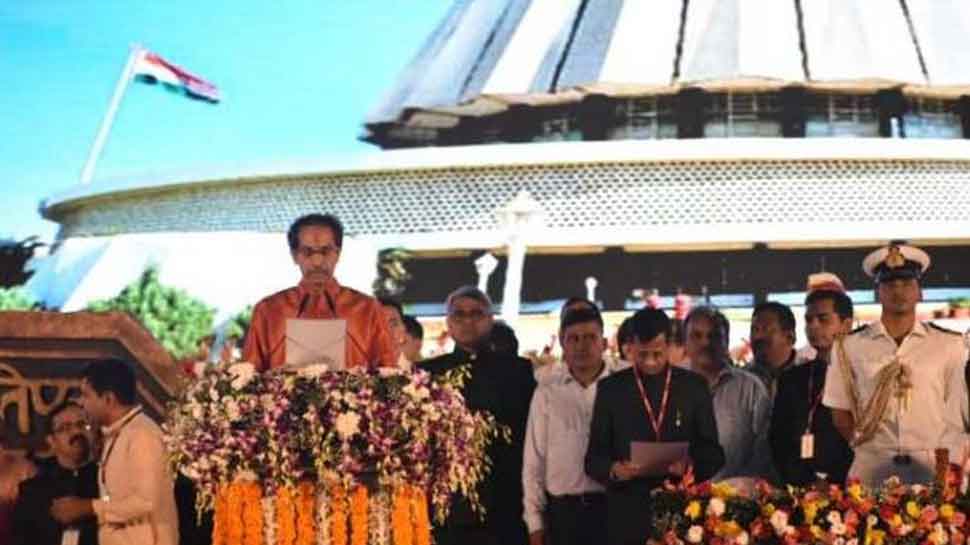 MUMBAI: Shiv Sena president Uddhav Balasaheb Thackeray was sworn-in as the new Chief Minister of Maharashtra in a grand function held at the Shivaji Park here on Thursday evening. State's Governor BS Koshyari administered the oath of office and secrecy to Uddhav Thackeray, 59, who sported a striking saffron-colored 'kurta-pyjama', the official colour of his party.

In an unusual gesture, soon after completing the formalities, Uddhav Thackeray stepped to the front of the stage and knelt down, touched his hands and head on the floor to express his gratitude to the people of Maharashtra for the honour bestowed on him.

Uddhav took oath as the 18th chief minister of the state, ending the month-long political crisis in Maharashtra. After the swearing-in ceremony, the newly-appointed Maharashtra CM went to hold the first meeting of his cabinet around 8 PM.

The 59-year-old leader also became the third Shiv Sena leader after Manohar Joshi and Narayan Rane to become the CM of Maharashtra.

Uddhav's ascension to the top post came after days of political tussle and negotiations between the Sena, Nationalist Congress Party and the Congress to form a coalition government after Sena decided to snap its ties with BJP over the chief minister’s post.

Earlier in the day, the Sena-Congress-NCP combine released its Common Minimum Program, with attention to farmers’ crisis, unemployment, and health and industry sectors in the state.