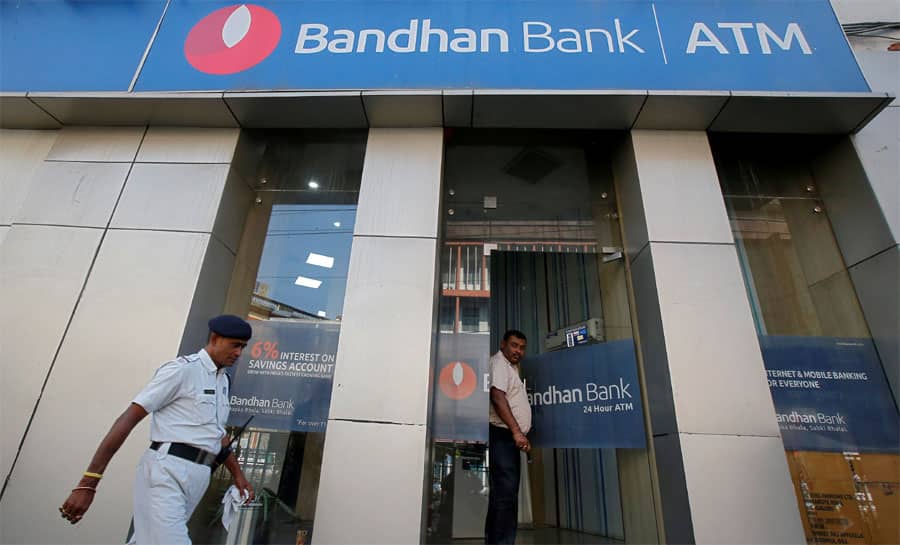 New Delhi: Shares of Kolkata-based Bandhan Bank made a stellar debut at the bourses on Tuesday and ended over 27 percent higher against its issue price of Rs 375. The company's market valuation stood at Rs 56,920.65 crore making it India's 8th most valued bank.

In terms of equity volume, 139.07 lakh shares of the company were traded on BSE and over 9 crore shares changed hands on NSE during the day.

The Reserve Bank of India's guidelines mandated the bank to get itself listed within three years from the commencement of banking operations. The bank started its operations in August 2015.

Bandhan Bank has posted an 18.21 percent year-on-year growth in its net profit for the quarter ended September at Rs 331 crore. Operating profit of the Kolkata-based lender rose 27.62 percent to Rs 596 crore during the quarter under review.

The current account and savings account (CASA) of the bank was 28.18 percent of total deposits in the September-ended quarter. Bandhan Bank's net interest margin (NIM) in July-September stood at 9.33 percent, lower than 10.17 percent in the corresponding quarter a year ago.