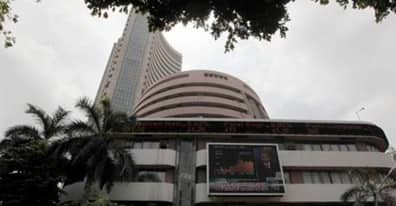 About 318 shares have advanced, 442 shares declined, and 34 shares are unchanged. The major gainers on the indices were Zee Ent and Coal India while losers were Yes Bank, Hindalco, Vedanta, Tata Motors and IndusInd Bank. The shares of telecom majors Bharti Airtel and Vodafone Idea would continue to remain in focus.

The Indian rupee went down in the early trade on Tuesday as it opened lower by 11 paise at 71.40 per dollar versus Monday's close of 71.29.

On Monday, equity benchmark indices continued their downfall with Nifty closing below 12,100 level. The Sensex was down 202.05 points at 41,055.69, while the broader Nifty ended 67.70 points down at 12,045.80. Among major gainers on the Nifty were Titan Company, Nestle, TCS, Tata Steel, and Vedanta, while top losers were Yes Bank, Coal India, GAIL, and ONGC.