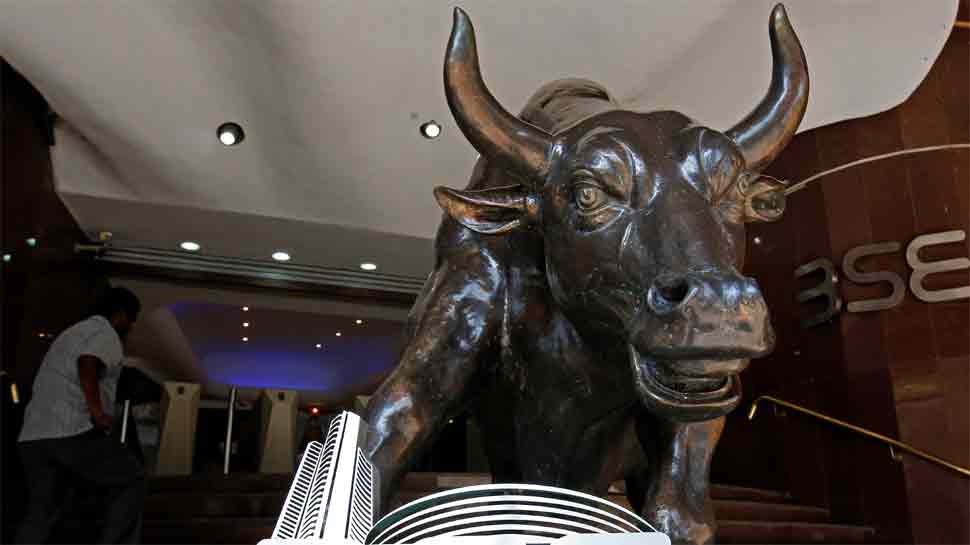 All the sectoral indices are trading in the positive zone led by the PSU bank, auto, metal, infra, energy, and pharma.

Meanwhile, Asian shares jumped to an 18-month high on Friday while gold and oil prices stayed buoyant in a holiday-shortened week, as investor optimism was boosted by hopes a US-China trade deal would soon be signed.

Australia`s benchmark index rose 0.2% while Chinese shares were upbeat after Beijing laid out additional plans to bolster its economy, including infrastructure investments. The blue-chip CSI300 added 0.56%.

The rally in global share indices is in sharp contrast to a plunge late last year when fears about the impact of the Sino-US trade war had sapped investor confidence. The worries scuttled capital expenditure plans over much of 2019, but strong employment and signs of an improving global economy suggest that will change next year.

Overnight, MSCI`s all-country world index and Wall Street`s Dow Industrials, the benchmark S&P 500 and the technology-rich Nasdaq all closed at record highs. MSCI`s gauge of stocks across the globe gained 0.38% to a record, on track for its best year since 2009. The index has gained 24% this year.

Wall Street was boosted overnight by US-China trade optimism and gains in Amazon.com.
Amazon shares jumped 4.4% after Mastercard said US shoppers spent more online during the holiday season than in 2018, with e-commerce sales hitting a record.

OIL, GOLD RETAIN GAINS
Both oil and gold held on to their recent gains. Brent crude, the global benchmark, extended gains into a fourth session, hitting $68.09 per barrel, the highest since mid-September. US West Texas Intermediate crude gained 14 cents to $61.82 a barrel.

Brent has rallied about 25% in 2019, supported by supply cuts by OPEC and allies including Russia.
Gold prices were a bit shy of a two-month high at $1,509.29 an ounce. They have been on the rise recently as a hedge against dollar weakness and increased equity market volatility in 2020.

The rally in oil and gold boosted commodity-linked currencies in the past 24 hours with the New Zealand dollar up 0.6% and the Australian dollar up 0.3%.

The US dollar was a tad weaker against the Japanese yen at 109.47. The dollar index was barely changed against a basket of six major currencies, with the euro up a notch and the British pound mostly flat.