Motorola One Power coming to India on September 24 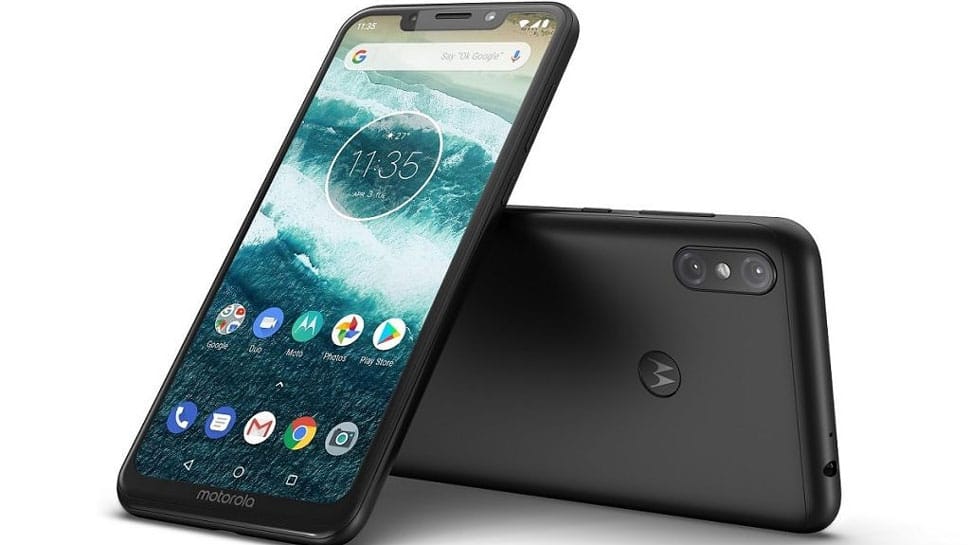 New Delhi:  Lenovo-owned Motorola is all set to launch the Motorola One Power in India on September 24.

The Motorola One Power was launched at the IFA 2018 in Berlin in August along with the Motorola One. The phone is expected to come under Rs 15,000.

Yes, it's coming! A co-creation of Motorola + Google, the #motorolaonepower unveils on 24th September! #Areyouready? pic.twitter.com/U5W7Sljdqe

Motorola One Power comes with 6.2 inch (17.5cm) 19:9 Max Vision Full HD+ display. Under the hood, the phone is powered by a Qualcomm Snapdragon 636 1.8GHz octa-core processor. It has 64GB built-in storage, expandable further to 256GB. The company claims that the phone can go up to two days when fully charged. Users can get up to 6 hours of battery life in just 15 minutes with the included TurboPower charger.

The phone houses dual rear camera (a 16-megapixel primary sensor and a 5-megapixel secondary sensor) and a a 12-megapixel front shooter.

The motorola one family will also be among the first to upgrade to Android 9 Pie (Android P), soon after launch, the company had claimed.

Earlier this month, Motorola launched the G6 Plus with latest camera technology and fast-charging feature in India for Rs 22,499. Powered by a 2.2 GHz Qualcomm Snapdragon 630 chipset, the smartphone houses 6GB RAM and 64GB internal memory that can be expanded up to 256GB. The smartphone comes with 5.9-inch full HD+ max vision display with 18:9 aspect ratio and integrated Dolby Audio preset modes. The phone is fueled by a 3200mAh battery and a "TurboPower" 15w charger has been provided in the box.