The row over Racing Point`s Formula One car is heading for court after rivals Ferrari and Renault confirmed on Tuesday that they would appeal a stewards` decision. 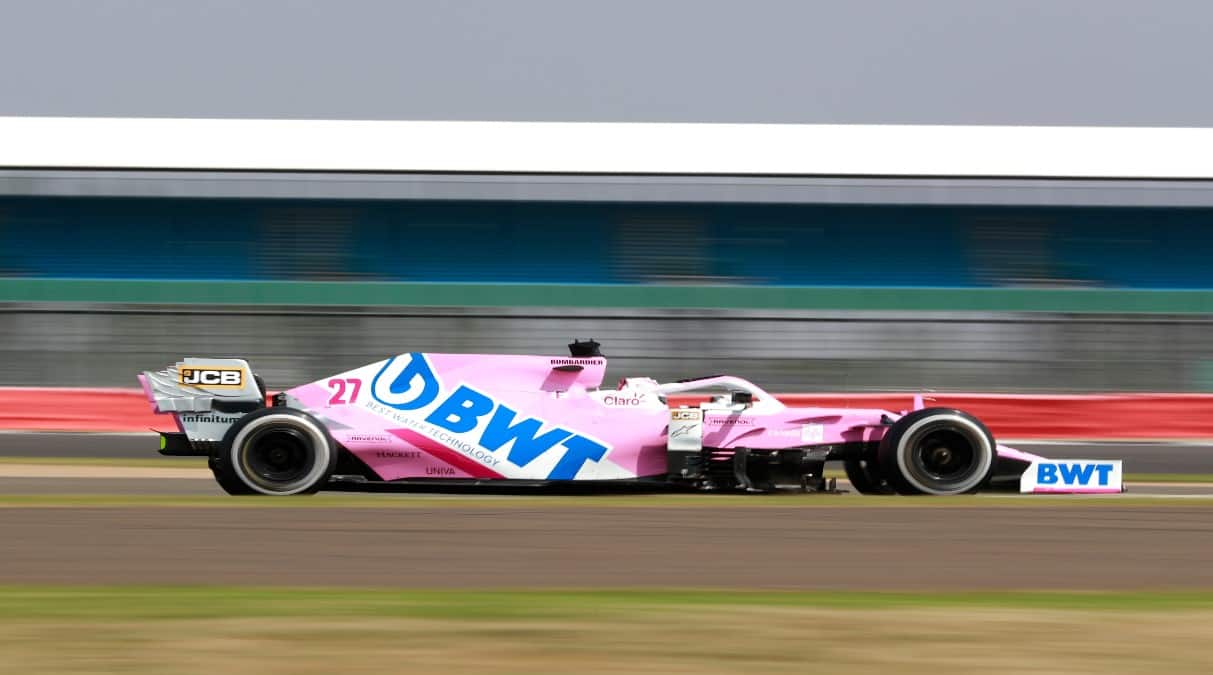 The row over Racing Point`s Formula One car is heading for court after rivals Ferrari and Renault confirmed on Tuesday that they would appeal a stewards` decision.

Silverstone-based Racing Point were fined 400,000 euros ($469,240.00) and docked 15 points in the constructors` championship after stewards upheld a Renault protest and ruled that the team had not designed their own brake ducts.

The car is a visual copy of last year`s Mercedes, who provide the engines and gearbox, and the argument is about the essence of being a constructor and how much of the car has to be designed in-house.

The team was allowed to continue racing the car, however, with stewards noting the breach was of the sporting regulations rather than non-compliance with the technical rules.
Some rival teams want a tougher punishment imposed on Racing Point, who are already back ahead of Renault despite the points deduction after last weekend`s 70th Anniversary Grand Prix at Silverstone.

Ferrari and Renault were among five teams, including Racing Point who say they have done nothing wrong, who notified the governing FIA last Sunday of their intention to go to the International Court of appeal.

McLaren said in a statement on Tuesday that they had dropped out, but noted that the FIA would have to clarify the sporting and technical regulations.

They added that this would "protect Formula One as a sport where teams are clearly defined as Constructors, and removes the potential that the Formula One World Championship includes cars that are, in effect, copies of other competitors. “McLaren Racing respects the decisions of Ferrari and Renault to pursue their appeals and will follow proceedings with interest," the team said.

Claire Williams said in an Australian GP podcast earlier that her team would "always stand by the philosophy that Formula One teams, constructors, should absolutely be designing and manufacturing the performance-related parts on their cars.

"Obviously this is the question, the debate, that`s going on around Racing Point at the moment with their rear brake ducts," added the deputy team principal.