When asked, the Shiv Sena leader, "I did this as the contractor didn't do his job properly." 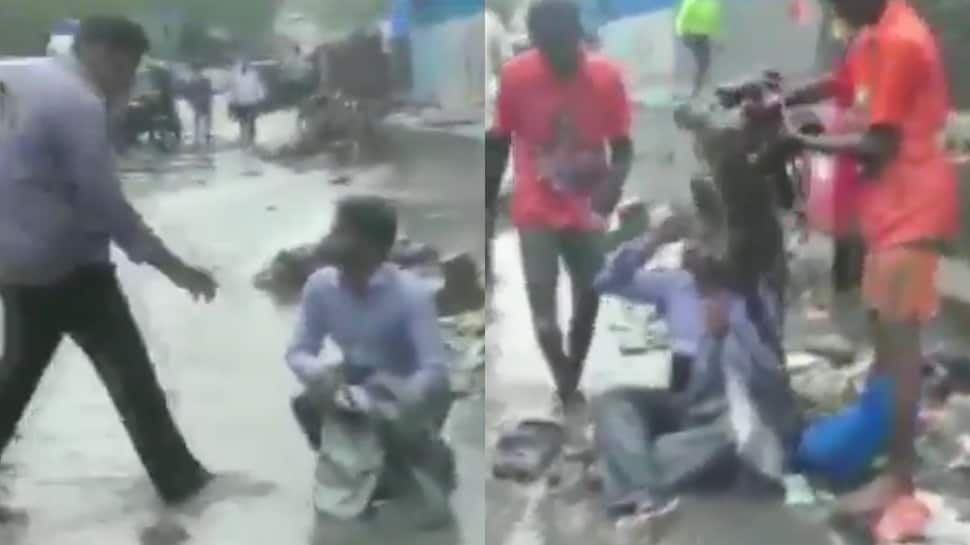 New Delhi: In a bizarre incident, a Shiv Sena MLA from Mumbai's Chandivali made a contractor sit on a waterlogged road and asked workers to dump garbage on him.

When asked, Shiv Sena leader Dilip Lande said, "I did this as the contractor didn't do his job properly."

"I had been calling up the contractor for the last 15 days, requesting him to clear the road. He never did that. Shiv Sena people were themselves working on it. When he came to know, he rushed there. I told him that it's his responsibility and he should do it," Lande added.

#WATCH | Mumbai: Shiv Sena MLA from Chandivali, Dilip Lande makes a contractor sit on water logged road & asks workers to dump garbage on him after a road was waterlogged due to improper drainage cleaning

He says, "I did this as the contractor didn't do his job properly" (12.6) pic.twitter.com/XjhACTC6PI

Earlier on Saturday, the suburban train services between Dadar and Kurla stations on the main line were suspended for some time after the water rose above the track level. The suburban services on the Harbour line had also slowed down due to water-logging near Chunabhatti station.

Several BEST buses had also been diverted due to waterlogging at some points.

Meanwhile, the Met department has issued an 'orange alert' of heavy or very heavy rain in Mumbai.