'Tanhaji: The Unsung Warrior' is about the battle of Sinhagad in 1670, which was fought between Tanhaji Malusare and Udaybhan Singh Rathod. 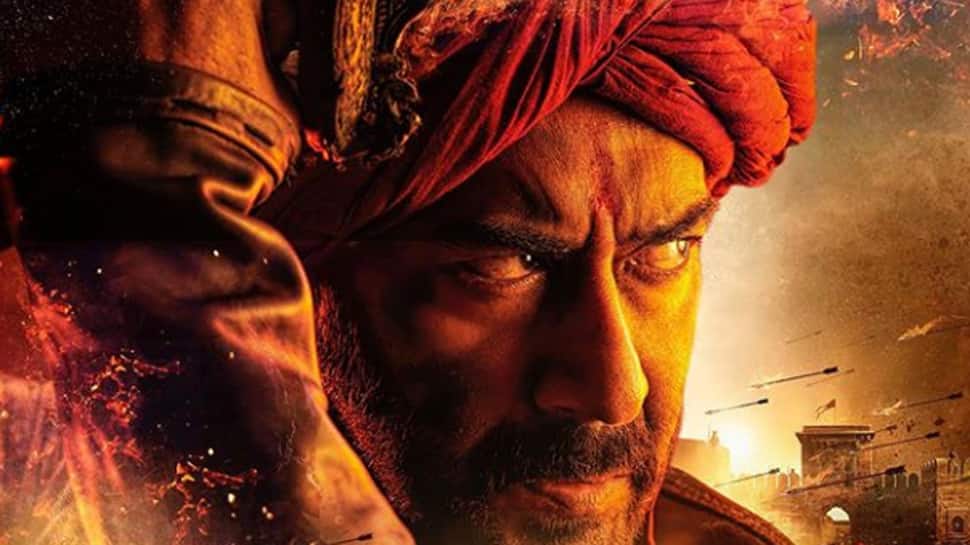 Mumbai: Ajay Devgn as Tanaji Malusare dances with his men even as he keeps a close eye on his enemy Udaybhan Singh Rathod, played by Saif in the film, in the video of "Shankara Re Shankara" the latest-released song of the upcoming film "Tanhaji: The Unsung Warrior".

The film is about the battle of Sinhagad in 1670, which was fought between Tanhaji Malusare and Udaybhan Singh Rathod.

Netizens are mostly thrilled about the track.

"Witnessing the glorious period of Marathas, their winning spirit in the catchy, foot tapping #ShankaraReShankara fearless @ajaydevgn stands tall with expression and eyes to die for, ably supported by fellowman #SaifAliKhan who rocks as an evil mind," wrote another Twitter user.

A Twitter user drew parallels between Ajay and Hrithik Roshan.

"#ShankaraReShankara Ajay Devgn and Hrithik have such a strong and impactful eyes that only eyes of these two are enough to perform and even enact better than many bollywood stars," wrote the netizen.

Another called it the "Best song of Bollywood".

But there was one who didn't quite like Ajay dancing in the song. He wrote: "Somebody tell Ajay Devgan that he's playing Tanhaji and not Singham."

"Tanhaji - The Unsung Warrior", produced by Ajay Devgn's ADF and Bhushan Kumar's T-Series, has been directed by Om Raut and will release on January 10, 2020.