The video starring Kriti Sanon's sister Nupur will be launched on November 9, this year, revealed the 'Mission Mangal' star by dropping a teaser on Twitter. 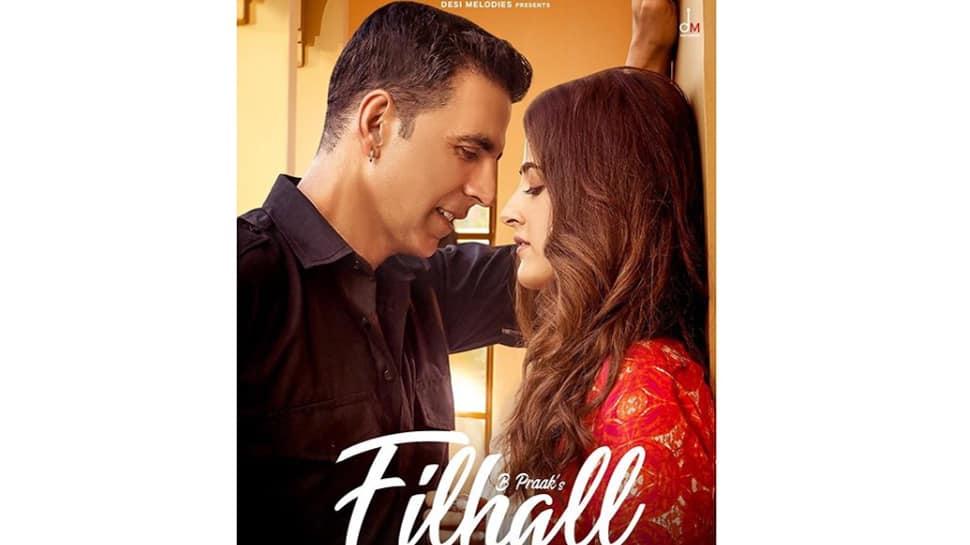 The video starring Kriti Sanon's sister Nupur will be launched on November 9, this year, revealed the 'Mission Mangal' star by dropping a teaser on Twitter. "I often hear people say, nowadays songs lack melody. I hope #FILHALL changes that. Sharing the teaser of my FIRST MUSIC VIDEO! Full song releasing on 9th Nov," he wrote.

The song commences with innocent chemistry and growing romance between the duo. Taking a 360-degree turn, the video showcases the separation of the love birds which will leave you emotional. The soulful track has been crooned by Punjabi singer B Praak.

The same has been directed by Arvinder Khaira and also stars Punjabi actor Ammy Virk. Meanwhile, Akshay is basking in the success of his multi-starrer film 'Housefull 4' which witnessed a heroic start at the box office. The film has now hit century within six days of its release and minted Rs 109.00 crores.

At the international box office, 'Housefull 4' managed to earn Rs 7.79 crores on its opening day, reported Film critic Taran Adarsh on Sunday. The Farhad Samji directed flick revolves around the theme of reincarnation and follows a non-linear narrative.

Selena Gomez's achieves first No. 1 on Billboard Hot 100 with 'Love You to Lose Me'