Hrithik Roshan and Tiger Shroff will make you want to hit the dance floor in 'Jai Jai Shivshankar'- a brand new song from 'War'. 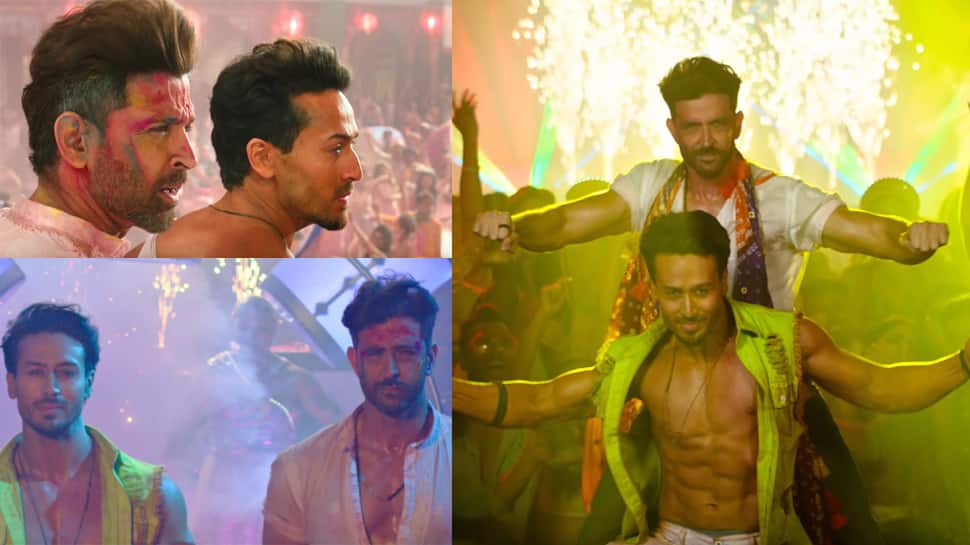 New Delhi: When two dancing champions unite, the result is bound to be a thrilling ride! This is exactly what happens in the song 'Jai Jai Shivshankar' from 'War'. Hrithik Roshan and Tiger Shroff spreading their charm against the beats of Dholl is what makes this song the dance anthem we all have been waiting for.

The song begins with Tiger in frame and seconds later we see Hrithik, making a grand entry. The moment when these two come together in the frame will give you an adrenaline rush and the following 2-minutes seem to pass in the blink of an eye.

The entire song is replete with energising beats and the hook line 'Jai Jai Shivshankar aaj mood hai bhayankar' will etch the track in your brain.

Without wasting much time, check out the Jai Jai Shivshankar song here:

Charged up? We feel you! 'Jai Jai Shivshankar' has been sung by Vishal Dadlani and Benny Dayal. The music is by Vishal and Shekhar.

Coming to 'War', the film has been helmed by Siddharth Anand and also stars Vaani Kapoor. Having been shot at exotic locations, it is touted to be a visual spectacle infused with mind-blowing action sequences.

'War' releases on October 2, and is makers are leaving no stone unturned to ensure that the film remains high on the buzzword before hitting the silver screens.