The Nalanda University will provide free education to poor students if they qualify on the parameters of the varsity, its Chancellor Prof Amartya Sen said on Wednesday. 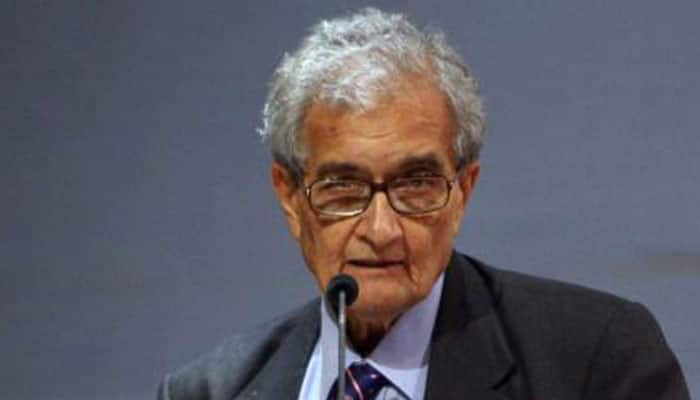 Biharsharif: The Nalanda University will provide free education to poor students if they qualify on the parameters of the varsity, its Chancellor Prof Amartya Sen said on Wednesday.

The students of poor economic background interested in studying at the Nalanda University will be provided free education if they qualify on the parameters of excellence to be decided by the University, Sen told reporters.

The Nalanda University will arrange for funds through its own sources to pay for fees of the students of poor economic background upon admission, but such students will have to qualify the entrance test, Sen said.

The Nalanda University Chancellor, who is also a Nobel laureate in economics, was here to visit the campus and also met the students and faculty members of the University which had begun its classes last month.

Sen asked the students about their objectives for studying in the University and atmosphere here and quizzed them about their confidence level on meeting their academic target.

The Nobel laureate also spoke on admission for next academic session and said that the process for admission will start in November with the university admitting 40 to 50 students if there were to be a sizeable number of applications for admission.

He announced that the 50 per cent concession on tuition for the students will continue in the next session too, but no concession will be made on account of hostel charge.

Prof Sen conceded lack of space for academic activities in the campus and said that the University had taken less number of students this academic session for constraints of infrastructure.

that the varsity had started classes in two subjects in which there were eight faculties with 15 students.

She said that three faculty members would be arriving from New Zealand and South Korea, while a student from Italy had been given admission in the historical studies course.

Sabharwal said that some Ph.D scholars too would be coming here with faculty members to carry out research in different subjects.