Facing flak over issuing an advisory okaying two-finger test on rape victims, the Delhi government on Monday clarified that the notification was "misinterpreted". 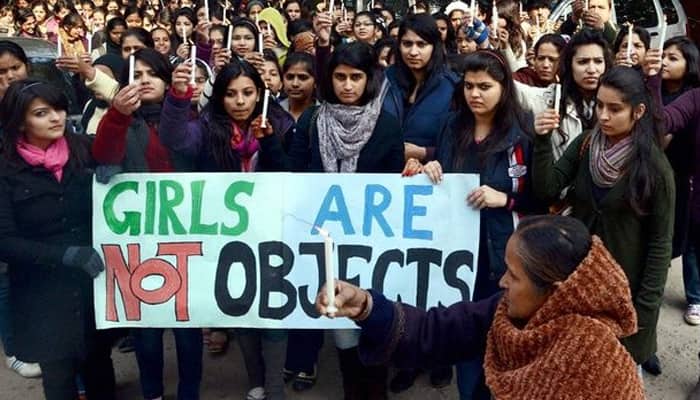 New Delhi: Facing flak over issuing an advisory okaying two-finger test on rape victims, the Delhi government on Monday clarified that the notification was "misinterpreted".

"Today we held a meeting and we are issuing a fresh notification. The earlier advisory was misinterpreted.”

"As per the instructions, it is advised that the medical professionals should not perform the two-finger test unless it is medically required for only treatment purposes. It cannot be performed for ascertaining sexual assaults. More scientific methods will be adopted for this purpose," Jain said.

He further said that an NGO had met him during AAP government's previous short stint and had "raised" the issue following which he had asked them to "examine" it.

"Then we were not in power, during which a three-member committee comprising two gynaecologists and a forensic expert was formed last year. The committee had submitted their report on June 2014 in which they had also said that two-finger test on rape victims should not be performed. But then there was some confusion.”

"The Central Information Commission (CIC) had also asked the Delhi government earlier this year to clarify its instructions in this regard," Jain said after holding a emergency meeting over the matter.

The advisory was issued earlier on May 31.

"Health department has a huge staff and there are about 50 heads of departments who issue circulars. After CIC asked the government to clarify its instructions, the advisory was issued on May 31, but it was misinterpreted," he said.

The advisory had drawn severe criticism and even Chief Minister Arvind Kejriwal met Jain today to discuss the issue.

"It's unfortunate that the state government reintroduced the two-finger test for rape victims, but it's a good thing they are withdrawing it now," Singh told news agency ANI.

Lawyer and social activist Abha Singh, in the meantime, questioned how the Delhi government can issue such a notification, despite a Supreme Court ruling to the contrary.

"The Supreme Court has held that the two finger test is cruel, inhuman, degrading. It violates the mental and physical integrity and dignity of a rape victim. What is surprising that after such clear SC guidelines how the AAP-led Delhi government has come out with a notification instructing hospitals to carry the two-finger test? Is this empowerment?" asked Singh.

The Delhi government had issued an advisory to its hospitals stating that 'two-finger test' could be conducted on rape victims with their consent.

The advisory said, "To do away with this essential pelvic examination would amount to incomplete assessment of the survivor, which will ultimately result in injustice and low conviction rates."

It also mentioned that "informed consent" of the woman should be taken before conducting the test.

A PV test involves insertion of a finger or two into the rape survivor's private parts for assessment of internal injuries, use of force if any, noting any discharge and gathering of sample, among others.

The two-finger test on sexual assault and rape victims is banned as per the Union Health Ministry's guidelines.

The Supreme Court had in 2013 noted that the two-finger test on a rape victim violates her right to privacy, and asked the government to provide better medical procedures to confirm sexual assault.

A bench of Justices BS Chauhan and FMI Kalifulla had said even if the report of the two-finger test is affirmative, it cannot give rise to presumption of consent on part of a rape victim.

Fire breaks out in East Delhi building, fire tenders rushed to the spot