In more trouble for Law Minister Jitender Singh Tomar, Delhi Bar Council has sent a report to the city police, saying that prima facie it has been proved that the Aam Aadmi Party (AAP) leader is guilty in the fake certificate case. 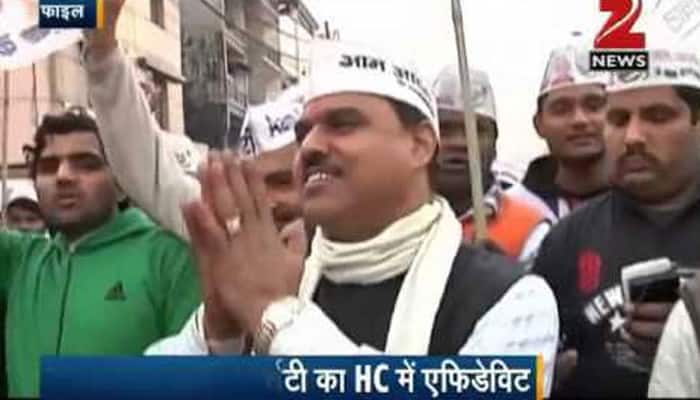 New Delhi: In more trouble for Law Minister Jitender Singh Tomar, Delhi Bar Council has sent a report to the city police, saying that prima facie it has been proved that the Aam Aadmi Party (AAP) leader is guilty in the fake certificate case.

Tomar has been facing charges that the academic certificates he submitted while filing nomination for Delhi Assembly polls held in February this year were fake.

“It is, therefore, requested that a detailed preliminary enquiry/investigation, in accordance with law, may be conducted with respect to the aforesaid alleged forged documents for commission of offences punishable under the Indian Penal Code and report may be submitted before the council

Delhi Chief Minister Arvind Kejriwal had earlier defended Tomar, accused of faking his law degree, and called for a "public trial" of the media.

If Tomar had done any wrong, he would have surely asked him to step down, Kejriwal.

"I am not Tomar`s relative or friend. I had sought an explanation from Tomar on the controversy. He gave a satisfactory answer and said he wasn`t at fault as his degree is genuine," Kejriwal said.

Tomar has claimed that he had completed his law education from the particular university.

Tilak Manjhi Bhagalpur University in Bihar placed before the court its enquiry report stating that the serial number of the provisional certificate in the record showed the name of some other person and not that of Tomar.

Bar Council members of Delhi, who wanted to be impleaded as a party in the petition, had informed the court that they have received information from Avadh University that Tomar's graduation degree is allegedly "fake".

Speaking to Zee Media, the AAP leader had earlier said that he will prove innocence in the court on May 20, when the next hearing is due.

The AAP MLA further said that no media trial is needed, adding that he is answerable only to the Delhi government, which is headed by Kejriwal.