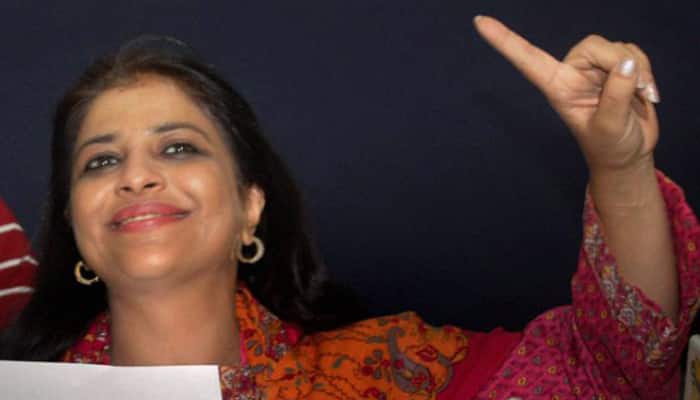 Ilmi took to Twitter today to clear the air about her contesting Assembly polls and said that she is “not contesting from New Delhi or elsewhere.”

She further said that she was invited to speak at National Defence College and hence could not take any calls from media.

Was invited to speak at the National Defence College .Cdnt take media calls. Im not contesting from New Delhi or elsewhere Calm down folks

According to reports earlier, Ilmi is expected to join Bharatiya Janata Party (BJP) on Thursday and is likely to contest Delhi Assembly Elections against Kejriwal from New Delhi constituency.

Ilmi had resigned from AAP last year, saying there was lack of democracy within the party.

"There is lack of inner party democracy within the Aam Aadmi Party. The party which talks about `Swaraj` has failed to apply it within the party," Ilmi had said.

Ilmi had unsuccessfully contested the 2013 Delhi polls. The ex-AAP leader had lost the RK Puram seat to Anil Sharma of the BJP by a slender margin of 326 votes.

Election Commission on Monday sounded the poll bigul in Delhi. Voting for Delhi Assembly Elections 2015 would be held in a single phase on February 7 with the counting of votes scheduled for February 10.

The total electorate of Delhi is 1.3 crore and the total number of polling stations are 11763. Model Code of Conduct has come into force from today.