Environment Ministers of BASIC countries including India and China Friday said developed countries should "walk the talk" in addressing climate change in keeping with their historic responsibilities. 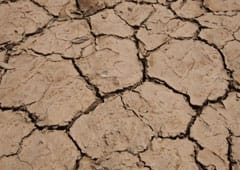 New Delhi: Environment Ministers of BASIC countries including India and China Friday said developed countries should "walk the talk" in addressing climate change in keeping with their historic responsibilities.

"...We expect that developed world should walk the talk," Environment Minister Prakash Javadekar said at the end of the 18th ministerial meeting on climate change here, reiterating a position held by the BASIC countries.

"What we found out is that even on the mitigation front, actions of the BASIC countries of South Africa, Brazil, China and ours, are more concrete than the developed world.

"I will suggest that we will make a compendium of what we have done and put up before the forthcoming UN Climate Summit meeting in September," he told reporters.
Vice Chairman of the National Development and Reform Commission of China, Xie Zhenhua said 60 per cent of the cut in emission is contributed by the developing countries.

He said discussions between US and China at the bilateral level is shared with the BASIC countries, allying apprehensions that bilateral meetings were diluting multilateral discussions on climate change.

In a joint statement, the Ministers` urged developed countries to implement their commitments towards developing countries for provision of finance, technology and capacity-building support.

They emphasised that the developed countries should take the lead in addressing climate change in accordance with their historical responsibilities, the latest available scientific evidence on climate change trends.

The 18th Basic Meeting here preceded the crucial UN Climate summit meeting in September called by UN Secretary General and the crucial session of the Conference of the Parties (COP) to the United Nations Framework Convention on Climate Change in Paris next year.

To a question on what the Ministers were expecting from
the UN summit, South African Minister for Environmental Affairs Edna Molewa said they need a "political momentum and a will" to combat climate change and for developed countries to lead in the endeavour.

The Environment Ministers in the joint statement stressed that the 2015 outcome to be adopted in Paris should be comprehensive, balanced, equitable and fair in order to enhance the full, effective and sustained implementation of the UN Convention.
It reaffirmed that the process and outcome of the Durban Platform for Enhanced Action (ADP) must be in full accordance with all the principles, provisions and structure of the Convention, "in particular the principles of equity and common but differentiated responsibilities and respective capabilities".

Concurring the need for all parties to communicate their intended nationally determined contributions (INDCs) on emission reduction as early as possible, the statement underlined that INDCs of developing countries will be in the context of their social and development needs and premised on the extent of financial, technological and capacity-building support provided by developed countries.

The Ministers affirmed that the INDCs would include all pillars of the Durban Platform-mitigation, adaptation, finance, technology development and transfer and capacity-building.

They reiterating that the Kyoto Protocol remains the essential and legally binding basis for addressing pre-2020 mitigation ambition and called for the expeditious ratification of the second commitment period of the protocol.

Javadekar hoped that continuous meeting and efforts will build up pressure on the developed countries to fulfil their responsibilities, adding, representatives from G-77 countries and other blocks will be invited at the next BASIC meeting in South Africa.

The Ministers also called for full operationalisation and close coordination between institutions established in the Bali process, including Green Climate Fund, Standing Committee on Finance, Technology Executive Committee, among others.

With lack of any clear roadmap for providing USD 100 billion per year by developed countries by 2020, the Ministers urged them to honour their obligations to provide new, additional and predictable financial support to developing countries in a measurable, reportable and verifiable manner.