Looking at the chimpanzee population in Uganda, researchers have found that our primate cousins can survive even in human-dominated habitats and not just in national parks and other protected areas, a new study says. 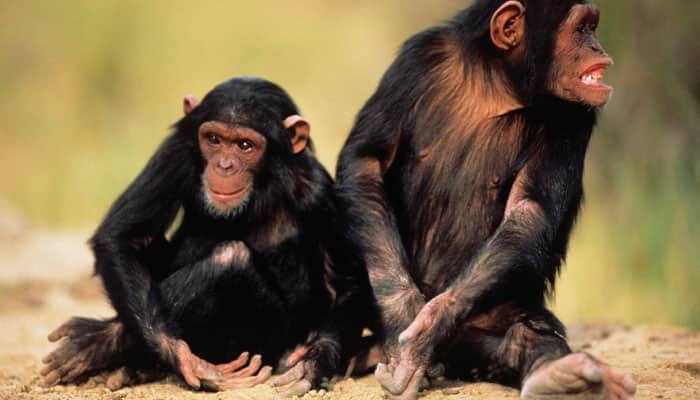 London: Looking at the chimpanzee population in Uganda, researchers have found that our primate cousins can survive even in human-dominated habitats and not just in national parks and other protected areas, a new study says.

Counting the chimpanzees in a human-dominated corridor between two protected forests in the country, the researchers found the numbers to be three times larger than previously estimated.

"Chimpanzees, therefore, appear surprisingly resilient and can survive even in degraded habitats if they are not hunted," said lead study author Maureen McCarthy from University of Southern California in the US.

The protected Budongo and Bugoma Forest Reserves together compose approximately one quarter of the estimated total chimpanzee population in Uganda.

The unprotected area between these two reserves is a human-dominated landscape comprising forest with villages, agricultural lands and natural grasslands.

At least 450 sq km of forest is estimated to have been lost between the Budongo and Bugoma Forests from 2000 to 2010.

The researchers spent 15 months carrying out `genetic censusing` to provide an accurate method for counting chimpanzees in the corridor region.

They found that the numbers of chimpanzees in this corridor are three times greater than a previous estimate of around 70 chimpanzees based on small-scale nest count surveys.

"Our results demonstrate a much larger population than previously estimated in this region. This is very surprising given the fragmentation of forests in this region and the high human population density," McCarthy pointed out.

"However, their future survival remains uncertain if protection is not afforded to them and habitat loss continues unabated," McCarthy noted.

The research was published in the journal BMC Ecology.

Drone to track tigers and check encroachers in Sundarbans