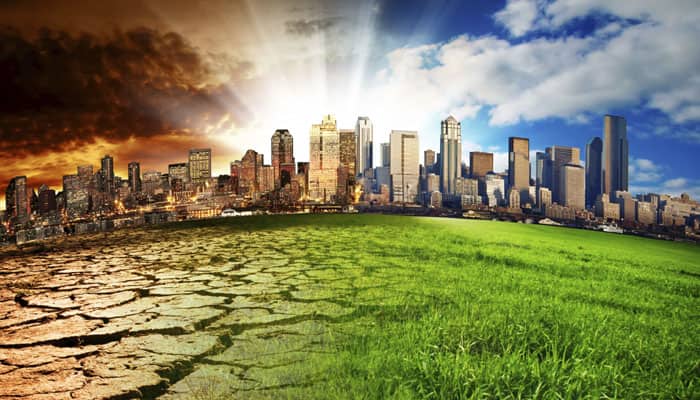 Increasingly, global warming is invoked by climate campaigners when the world is hit by a new drought, tropical storm or heatwave.

But scientists are generally cautious about blaming climate change for a given event, which may simply have been the result of natural variability.

Scores of people were killed in their sleep in the southern town in the pre-dawn hours on July 7, 2012 when a local mountain river burst its banks.

The downpour was unlikely to have occurred without the past 30 years of rising Black Sea surface temperatures, according to the study.

Scientists in Germany and Russia simulated what local climate conditions would have been like without global warming.

Without ocean warming, conditions for deep convection - a process of warm, moist air being pushed to the upper atmosphere, often resulting in heavy rain - would not have existed in the region.

"High-resolution computer simulations suggest that Black Sea warming made the devastating 2012 Krymsk flood possible - a virtually impossible event just 30 years ago," University of Oxford climate scientist Friederike Otto wrote in a comment on the research, in which she did not take part.

The study, she added, "shows that, if all else is kept equal, the global warming trend in surface temperatures over the Black Sea has dramatically increased the risk of an event like the July 2012 flash floods."

Four local officials were later convicted of negligence, after no flood warning was issued in the worst such disaster of the post-Soviet era.

But scientists warn the world is on track for double that or more, a scenario for ever more extreme and frequent storms, droughts, and dangerous sea-level rise.