Global warming may eat up $200 billion crops globally by 2050: Study

A whopping USD 200 billion worth of wheat, rice and maize crops could be lost by 2050 globally if the issues arising from global warming are not addressed on a war-footing, an independent study on the impact of climate change on crop yields has warned. 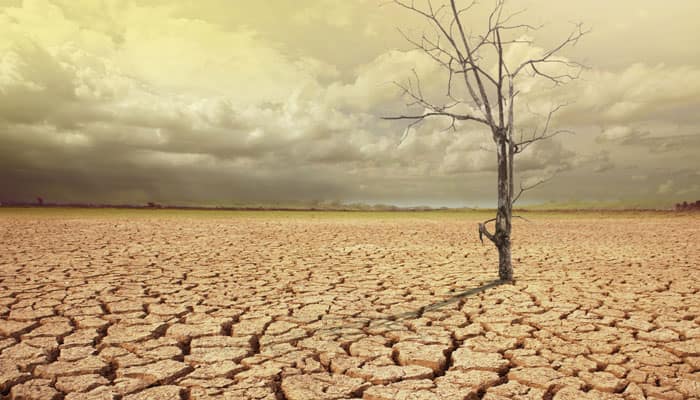 Mumbai: A whopping USD 200 billion worth of wheat, rice and maize crops could be lost by 2050 globally if the issues arising from global warming are not addressed on a war-footing, an independent study on the impact of climate change on crop yields has warned.

"By 2050, about USD 200 billion worth of crops in wheat, rice and maize will be lost in 2010 dollar terms," Arunabha Ghosh, chief executive, Council on Energy, Environment and Water, said here today.

The independent multi-country risk assessment on climate change study was commissioned by the British foreign and commonwealth office.

The Council on Energy, Environment and Water is an independent, not-for-profit policy research institution addressing pressing global challenges through an integrated and internationally-focused approach.

A decline in crop yields mainly considers shortening of the growing season caused by higher average temperatures, the report added.

The study looked at three major crops in three growing areas -- wheat in Punjab, rice in Jiangsu, China, and maize in Illinois in the US.

"A 4-degree Celsius increase in global temperatures above the late 20th century levels, combined with increasing food demand, would pose larger risks to food security globally and regionally," he warned.

With a 1-meter rise of global sea level, the probability of a '100-year flood event could become 1,000 times more likely in Kolkata, the report said.

On a high emission pathway, flooding in the Ganges basin could be six times more frequent, becoming an '1 in 5 year' event over the course of the century, the report said.

Ghosh said another recent study by the agency had warned that due to average temperature rise and consequent 'urban heat stress', over the course of the century a majority of heat related deaths will happen in Delhi, Kolkata, Bangalore, Ahmedabad and Mumbai.

The study looked at various aspects of risks arising due to climate change.

On a high emission pathway, the incidence of extreme drought affecting cropland could increase by about 50 per cent in South Asia, the report stated.

Another direct and systematic risk of increasing climate change in India and the world was the rise in sea levels.

Climate-related stress could also add to the already steady growth of migration from rural areas to cities, Ghosh added.

He claimed that this is the first-of-its-kind multi- country assessment applying the principles of risk assessment, using financing and national security to better understand and communicate the risks of climate change.

If the world warms by 4 degrees Celsius, in North India there is a 30 per cent probability that temperatures will be so high that moderate/heavy outdoor work cannot be carried out in the hottest month.

Speaking at the report launch, S Ramadorai, chairman, National Skill Development Agency and National Skill Development Corporation, said, "Today, we face high human, economic and ecological vulnerabilities due to climate change. It is critical for us to understand that the risks of climate change are non-linear: while average conditions may change gradually, the risks can increase rapidly.

"On a high carbon emissions pathway, the probability of crossing thresholds beyond which the inconvenient may become intolerable will increase over time," Ramadorai warned.