India working with developing nations to push for climate deal

India Tuesday said the developing nations, including China, are on the same page on several issues regarding climate and they will work together to push for the conclusion of a historic agreement to be signed next year in Paris to curb potentially disastrous global warming. 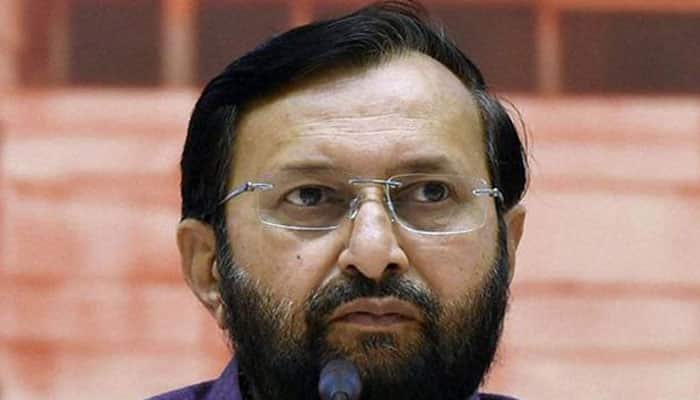 Lima: India Tuesday said the developing nations, including China, are on the same page on several issues regarding climate and they will work together to push for the conclusion of a historic agreement to be signed next year in Paris to curb potentially disastrous global warming.

Environment Minister Prakash Javadekar, who held several bilateral meetings on the sidelines of a climate summit at the Peruvian capital here, said Brazil, South Africa, India, and China - the BASIC countries - have decided to meet frequently throughout this week to resolve their differences.

"The countries are all on the same page on several issues," he told reporters.

On Intended Nationally Determined Contributions (INDCs), or the domestic climate action plans of countries to be included in the overall Paris 2015 agreement, he said the countries agree that the structure of INDCs should include more adaptation focus.

"What carbon space have you released for us to grow?," Javadekar asked rhetorically when noting that adaptation needs to be an essential part of developed countries' INDCs.

Referring to the Kyoto Protocol of 1992 standard of categorising countries into Annex 1 and 2 and determining contributions based on those terms, Javadekar said, "Differentiation should remain as is."

The US and EU representatives said earlier today that they do not want to continue with that distinction of countries, but Javadekar said India "is not in favour of re-writing the Convention" in order to change that categorisation.

Javadekar also noted that in negotiating the draft elements of INDCs in Lima, India does not support an ex ante-review process because countries need the "internal freedom" to determine their climate action needs.

The Minister also described the "new climate legislative regime" to come with India's review of laws on forest, wildlife, environment, water, and air and subsequent drafting of proposed amendments to make the laws and rules more clear and transparent.

The Ministers discussed issues of mutual interest relating to the ongoing negotiations on climate change including the recent joint statement by China and the US.

They discussed in particular the state of play of negotiations under the Ad-hoc Working Group on Durban Platform and stressed the need to maintain and strengthen the unity of developing countries to achieve an ambitious, comprehensive and equitable outcome of the process, an official statement said.

Both the ministers emphasised that the outcome of negotiations under the convention must fully adhere to the principles of equity, common but differentiated responsibilities and respective capabilities, it said.

They agreed that adaptation to climate change represents an urgent global priority and must be given equal emphasis in the new agreement.

The two ministers also called upon developed countries to urgently fulfil the pledges made by them to provide financial support to developing countries. They reiterated their common resolve to continue to work for a positive outcome of the Lima COP and agreed to meet again during the week to share views and coordinate positions.