To keep a check on air pollution, Deputy Chief Minister Manish Sisodia Friday asked three Municipal corporations and other local bodies to make their helpline number public by Monday, so that people can register complaints pertaining to burning of material in open. 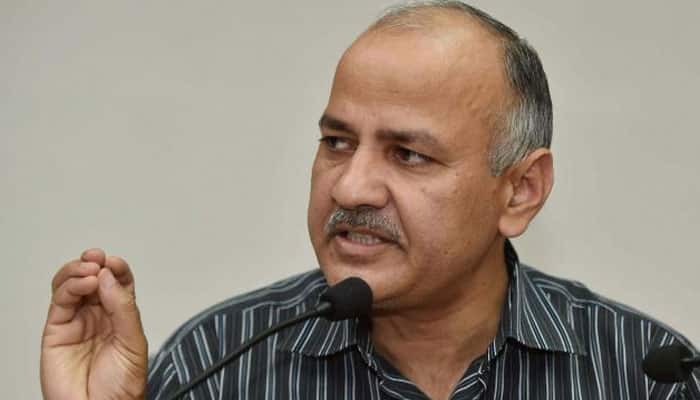 New Delhi: To keep a check on air pollution, Deputy Chief Minister Manish Sisodia Friday asked three Municipal corporations and other local bodies to make their helpline number public by Monday, so that people can register complaints pertaining to burning of material in open.

Minister also directed to display these helpline numbers on the website of Delhi Pollution Control Committee (DPCC) as well.

The move came during a review meeting by Sisodia on action taken by SDMs for prevention of burning of leaves, garbage and plastic etc in open.

Sisodia expressed his concern that three municipal corporations which covers majority of the areas of Delhi have still not made serious efforts in preventing burning and recovery of compensation since majority of parks fall in their jurisdiction.

"Sisoida asked municipal corporations to indicate their departments' helpline number for the convenience of public for lodging the complaints pertaining to burning of material in open at various places. Complaints of leaves and garbage being burned in open are very common," senior official said.

During the meeting, the issues of air pollution through the dust from construction activity were also discussed.

Recently, NGT has issued specific directions for ban of burning of leaves, garbage, plastic etc in the open and has also directed the various land owning agencies as well as state government to impose and recover compensation from the violators.

NGT has also directed for provision of pits in the parks for proper composting of leaves and prevention of dust due to constructive activities.

During the meeting SDMs informed that they have started inspection of the sites and parks under their jurisdiction.

Environment department informed that DPCC is responsible for checking emission of dust from the construction activities in the sites having more than 20,000 square meter built up area.

"DPCC has so far issued notices to 172 owners/buildings for violating the norms for controlling of dust," official said.

Sisodia emphasized that the efforts for enforcement of orders of NGT need to be speeded up which are in the best interests of health and safety of the citizens of the city and that violators should not be spared and should be strictly proceeded against.

Environment Minister Asim Ahmed Khan also directed that all the land owning agencies and departments should give wide publicity informing the public about the ban order of NGT and also informing of severe action against the violators.

Nodal officers of local bodies as well as DDA and District Magistrates attended the meeting along with the officers of department of environment and forest.