Interspersed with "sky islands" and large valleys, the unique topography of Western Ghats is aiding evolution of new species of songbirds, a recent study shows. 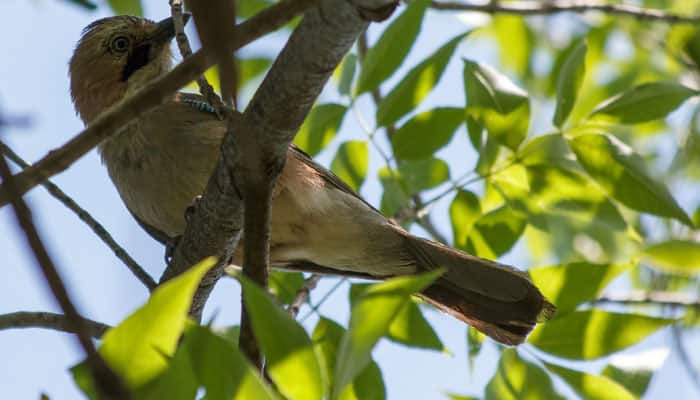 Kolkata: Interspersed with "sky islands" and large valleys, the unique topography of Western Ghats is aiding evolution of new species of songbirds, a recent study shows.

Of the 23 species of songbirds that inhabit the tropical montane cloud (shola) forests across Western Ghats, it was found that ten such species have not crossed the mighty 40-km-wide Palghat valley for several thousand years, with some specialist species isolated for even up to five million years.

"We were trying to understand how evolution happens over a very long period of time and have found that many of these songbirds have now become new species or sub-species with genetic distinction," researcher V V Robin of National Centre for Biological Sciences (NCBS) told PTI from Bengaluru.

He led a team of scientists from NCBS who collected genetic data from more than 350 individual birds across three years of fieldwork for the study.

Robin said they will soon propose at least two new species of shortwing and laughing thrust birds which have shown genetic diversity from their other cousins.

"If a valley is a barrier, populations on either side are genetically more different and begin to diverge, potentially into new species," he said.

Besides genetic diversity, the size of the bird, its sound, colour, etc are considered before it is accepted as a new species by ornithologists internationally.

At 1400 metres above sea level and higher, the misty

peaks of Western Ghats are known as 'sky islands'. They are home to a genetically diverse community of birds, with as many as 23 species sharing the same habitat.

Spread over about 700 km, these sky islands are interrupted by deep valleys that fragment the habitat of these birds.

Simulations suggested the mountain-top species diverged at different times. While the two oldest species diverged 6.78 million years ago (Ma) and 4.84 Ma, the divergence time for the others were distributed from 2.5 Ma to less than 1 Ma.

"Our study shows that it was not just the mountain valleys, but the climate that moves the habitat up and down the mountain and had an important role in these bird divergences," the researchers said.

"Studying all the birds - the entire community, helps us understand a generalisable effect of mountains across species," says co-researcher Uma Ramakrishnan.

Their study was published in the international journal 'Proceedings of the Royal Society B' recently.

Solar Impulse 2 closing in on Hawaii after `difficult` hours