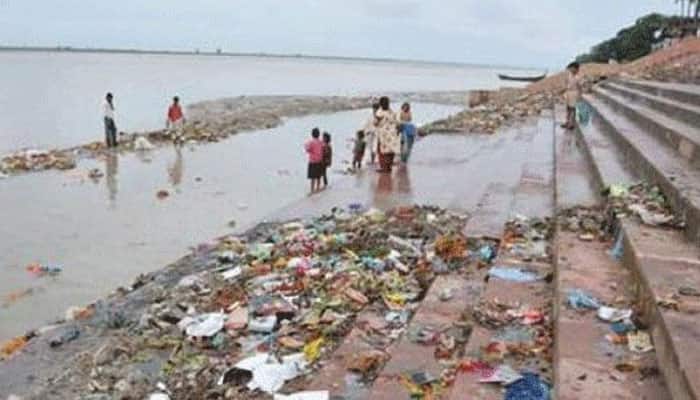 New Delhi: In a clear disapproval of the pace at which the clean Ganga project is being executed, the National Green Tribunal on Thrusday wondered why any deficiency should be there when Prime Minister Narendra Modi has described it as a paramount national project.

The tribunal said time has come for it to issue appropriate directions in connection with cleaning of the river, environment and public health.

"The Prime Minister of the country took cleaning of river Ganga as paramount national project and the Finance Minister has provided Rs 20,000 crore for cleaning of the river in five years.

"This being the object and aim of the government we see no reason why there should be any deficiency in execution of the project," a bench headed by NGT chairperson Swatanter Kumar said.

Expressing concern over reduction of natural flow of river, the bench said that from Haridwar onwards it reduces from 31,000 cusecs to about 4,000 cusecs which further get reduced at Kanpur to its minimum.

It said, "the time has come when the tribunal must not hesitate to pass appropriate order and direction in relation to cleaning of river ganga, environment but also with public health."

The green panel said it has decided to deal with cleaning of river Ganga in phases and a decision was taken to disect the 2,500 km of river ganga in four phases.

The bench further divided the first phase into two segments from Gomukh to Haridwar and from Haridwar to Kanpur for effective implementation of its orders and direction.

Low pollution Euro-VI fuels be to introduced by 2020: Pradhan