Centuries of pollution is slowly turning the Taj Mahal yellow despite continuing government efforts to save the historic monument in northern India, officials of the Archeological Survey have said. 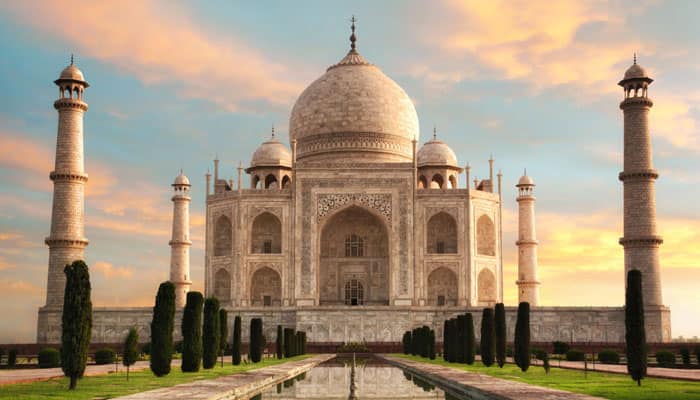 Agra: Centuries of pollution is slowly turning the Taj Mahal yellow despite continuing government efforts to save the historic monument in northern India, officials of the Archeological Survey have said.

The primary sources of pollution are a cemetery near the monument and sewer lines surrounding the Taj, officials added.

Dust particles and carbon gases emanating from the burning of biomass at the cemetery every day, combined with poisonous gases arising from the nearby sewer and the polluted river Yamuna settle on the white marble of the Taj Mahal, causing it to turn yellow.

"You might have seen the polluted environment on both sides of the Taj Mahal. The methane gases that emanate from these places are such that you cannot stand near them. It is a different matter that our officials have repeatedly spent millions of rupees to try to clean the Taj and its environment. But if you see the condition now, poisonous gases arising from the sewer and the polluted river Yamuna continues to affect the monument," said member, Supreme Court committee to monitor environmental threats to Taj Mahal, D.K Joshi in Agra.

He added that though efforts to beautify the Taj Mahal have been taken from time to time, no adequate measures to ensure safety and security of the monument were being taken.

Joshi's comments gain significance in the backdrop of government telling Parliament earlier this week that required actions were being taken to reduce pollution in the vicinity of the Mughal era monument.

"The marble of the Taj Mahal is turning yellow because of the dust particles coming out of the environment. We are continuing our efforts to remove the dust particles and other harmful gases. So some portions get cleaned but deposition of dust and carbon particles also continue. As a result the process of pollution and cleaning go on happening in a cycle," said Superintending Archaeologist, Archaeological Survey of India, Agra, Dr Bhuvan Vikrama.

The Rs 650 crore government programme, launched between 1998 and 2000 after the monument's famous white marble was seen to be turning yellow, has had some impact, but not enough to keep up with pollution around the site, environmentalists say.

Increasing urbanization and industrialization in Agra contribute to environmental pollution taking the pollution levels in the city to two or three times above the global pollution standards.