Wildlife photographers claimed to have spotted a rare species of butterfly near Kwatha village under Yangoupokpi Wildlife Sanctuary in Manipur. 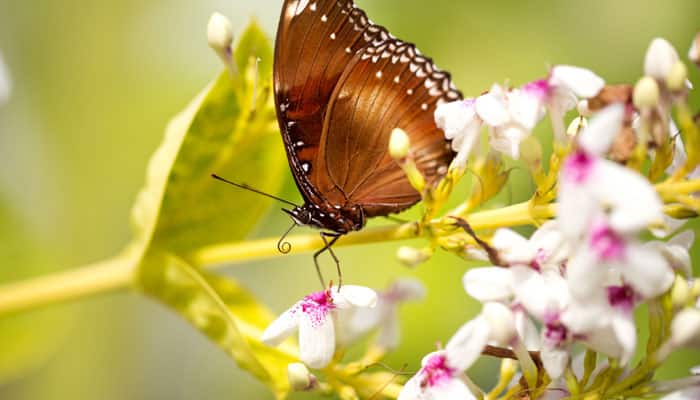 Imphal: Wildlife photographers on Wednesday claimed to have spotted a rare species of butterfly near Kwatha village under Yangoupokpi Wildlife Sanctuary in Manipur.

The rare species was discovered and photographed by a joint exploration team of wildlife photographers from PFA Manipur and Assam.

It is believed that the photograph will be the first image of the species taken in India.

The species was collected recently in Thailand, but the new Manipur record is quite special for India.

The northeastern state of Manipur is blessed with an amazing variety of flora and fauna, with over 67 percent of its geographical area being hill tracts covered by forests.