Steps need to be taken to control particulate matter in air: HC

Delhi High Court Wednesday expressed serious concern over high levels of particulate matters in the air affecting the health of the people in the national capital and directed the city government to take steps to check unregulated building activities and plant trees. 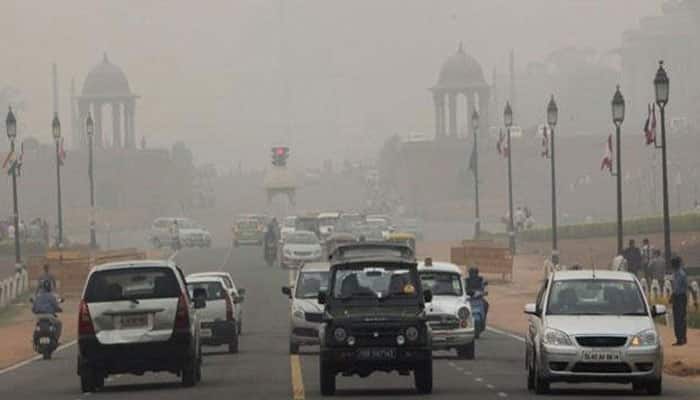 New Delhi: Delhi High Court Wednesday expressed serious concern over high levels of particulate matters in the air affecting the health of the people in the national capital and directed the city government to take steps to check unregulated building activities and plant trees.

A bench of justices Badar Durrez Ahmed and Sanjeev Sachdeva said the source of the particulate matter, which is a "great health hazard", was unregulated building activities as well as debris left on the road by civic authorities after carrying out repairs of streets.

Taking a serious view of roads being dug up any given time and left uncovered, the court directed the civic bodies to ensure that repairs are carried out with "reasonable speed" and the debris removed promptly.

It also directed the municipal corporations to give details of money spent and collected from digging roads for its own purposes as well as for other civic bodies, like DJB.

The court also expressed concern over the fact that while Delhi was supposed to have 33 per cent forest cover as per the master plan, it only has 20 per cent.

It also sought details from the forest department on how much money it has collected from permitting cutting of trees and listed the matter for further hearing on August 5. The details should also include how many trees which were cut, were sent to crematoriums and how much was consumed there.

It sought this information as Delhi government on the last date had said that it earned no revenue from felled trees as these were given to crematoriums free of cost.

The court was hearing a PIL which, apart from dealing with air pollution in Delhi, stated that the air inside the court premises was highly polluted, leading to health problems for lawyers, litigants, judges and court staff.

The court on May 28 had expressed alarm over a report about poor ambient air quality inside its premises and had castigated its panel for not doing anything on the issue, saying it was "unacceptable" that everyone in court was at risk.

Earlier on April 15, the court had said the "magnitude" of trees cut by Delhi Metro Rail Corporation for various projects has led air pollution to rise in Delhi.