Concerned over the growing waste menace, including plastic scrap, the government intends to impose fines on street vendors for providing substandard plastic carry bags among a slew of other stringent measures to tackle the issue. 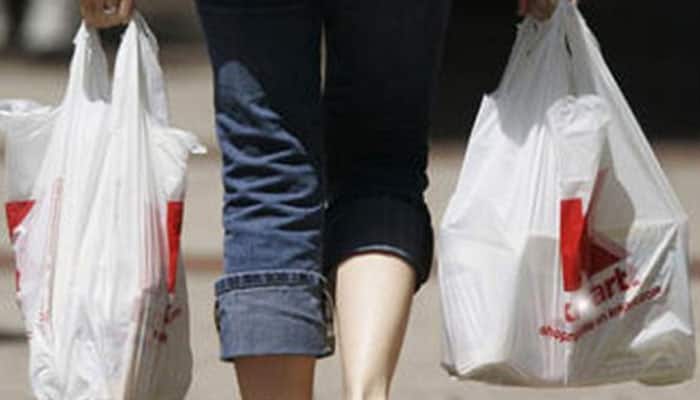 New Delhi: Concerned over the growing waste menace, including plastic scrap, the government intends to impose fines on street vendors for providing substandard plastic carry bags among a slew of other stringent measures to tackle the issue.

"We have come out with five new draft waste management rules. We are now revising them. We have asked for comments from people till July 31. The drafts are on the Ministry's website," Environment Minister Prakash Javadekar told reporters here.

One of the salient features of the draft plastic waste management rules 2015 states that street vendors would be "liable for paying fines for selling or providing sub-standards plastic carry bags or commodities wrapped/packed in sub-standard plastic sheets".

It also says that the rules which only applied to municipal areas as per the earlier 2011 rule, now will cover 7,935 town in the country as identified during census 2011 including outgrowths in urban agglomeration and rural areas.

"Everyday 15,000 tonnes of such wastes is generated. This is increasing. 20 to 30 kilograms of plastic is found inside the dead body of stray animals," Javadekar said.

The salient features of new draft solid waste management rules 2015, states that urban local bodies (ULBs) will direct waste generator for segregating waste at source while it also can prescribe user fee to be charged to the generator.

It also asks ULBs to make provisions to levy spot fines for littering and provide easy access to rag pickers in waste collection. The salient features for role of waste generator also states that it is liable to pay user fee and spot fee as prescribed by ULBs.

It would also be "mandatory to obtain authorisation by all Health Care Facilities (HCFs) irrespective of generation of biomedical waste as well as number of patients treated per month.

While the present rule states that the HCFs are required to segregate biomedical waste into 10 categories, the new proposed rules have reduced the categories to four and also four colour codes for containers.

The new biomedical rules also proposes to include precautionary principles for safety for the workers handling bio-medical waste while it also says that every HCF will pay user charge to ULBs for collection and disposal of treated biomedical waste.

"Bio-medical waste is better managed waste in the country. But we have to extend it. Now only big hospitals have it," Javadekar said.

As per the proposed rules, waste generator will have to ensure separate storage and handover as prescribed by ULBs while large generators will have to segregate waste into four streams - concrete; soil; steel, wood, plastic; and other construction waste.

They will also have to submit Construction and Demolition Waste Management Plan to ULBs, as per the proposed draft rules.

The existing Fly Ash Utilisation Amendment Notification mandates use of fly ash or its products for all construction projects within 100 kilometres from coal or lignite based thermal power plants. As per the new rules, the distance has been increased from 100 to 500 kms.

It also mandates thermal power plant to upload stock position of all types of fly ash available with them once in every fortnight.