Yamuna river vicinity will be a picnic spot in 5 years: Manish Sisodia

Drawing up an ambitious plan for cleaning up Yamuna, Delhi Deputy Chief Minister Manish Sisodia said the AAP government will clean the river and make its vicinity a picnic spot in next five years. 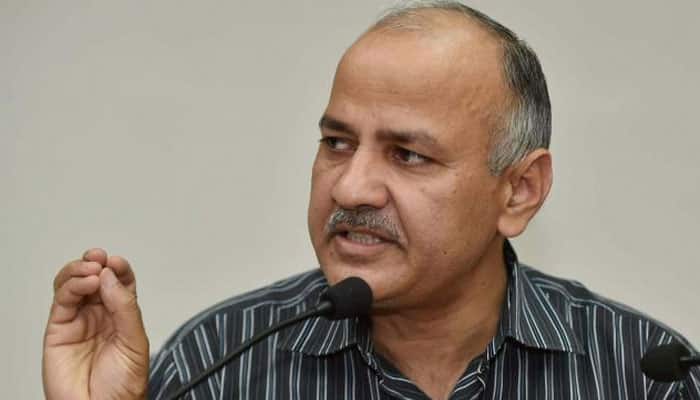 New Delhi: Drawing up an ambitious plan for cleaning up Yamuna, Delhi Deputy Chief Minister Manish Sisodia said the AAP government will clean the river and make its vicinity a picnic spot in next five years.

Sisodia, who presented the budget in the capacity of Finance Minister, also said that in next three years, the government will ensure the entire national capital, including unauthorised colonies, gets clean drinking water.

"We will clean Yamuna river area and make it a picnic spot and people can come there and enjoy in the next five years. In three years, will ensure the whole of Delhi gets clean drinking water," he said.

Giving piped water to households and cleaning up Yamuna was one of the key promises made by AAP during the polls.

For the water supply sector, the government has also set aside Rs 1468 crore.

He added that to further augment water availability, the government plans to use the treated effluent water of Sewage Treatment Plants (STPs) which are producing 410 MGD water, out of which only 150 MGD is being utilized.

A new plan scheme has been prepared to lay the necessary trunk network to supply this water to various areas for horticultural, industrial and other non-domestic uses, which is expected to reduce stress on drinking water and will lead to optimum utilization of this valuable resource.

"Reducing pollution in river Yamuna and its rejuvenation is one of the priorities of our government. A major project costing Rs 3,656 crore has been prepared to provide sewerage services in uncovered areas and to prevent flow of wastewater in Najafgarh and Supplementary drains," Sisodia said in his budget speech.

To improve the sewerage services in unauthorised colonies, the government also announced a new scheme 'Jan Jal Prabandhan Yojana which will involve the community in management of water and sewerage services in a decentralised manner. For this, a pilot project will be taken up in 10 colonies.

To harsness the powers of IT in the field of governance, the government has also announced a mobile app "Self Meter Reading and Bill Generation".

The government is also working on "econnection module" to enable citizens to get water and sewer connections electronically in one sitting through their computer or mobile phone in a hassle-free manner.

Nine blackbucks die due to unknown ailment in Raipur zoo

Asaduddin Owaisi raging on the Chief Minister of Assam, said to be anti-Muslim

Clash between candidates and policemen in Mumbai

Demonstration of Women Outside Police Station

After Joshimath, cracks in Jammu's Doda, 21 houses evacuate so far