Having children with certain genetic makeup, inherited from the father, increases the mother's risk of rheumatoid arthritis - a chronic disorder that affects joints, says a new study. 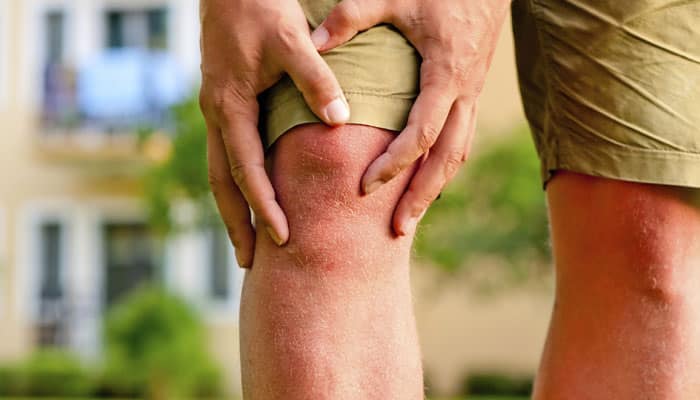 New York: Having children with certain genetic makeup, inherited from the father, increases the mother's risk of rheumatoid arthritis - a chronic disorder that affects joints, says a new study.

Rheumatoid arthritis, a painful inflammatory condition that primarily affects the joints, has been tied to a variety of genetic and environmental factors, including lifestyle factors and previous infections.

"The female predilection of rheumatoid arthritis strongly suggests that factors involved in pregnancy are involved," said first study author Giovanna Cruz from the University of California - Berkeley in the US.

Certain versions of the immune system gene HLA-DRB1, known collectively as the shared alleles (each of two alternative forms of a gene that arise by mutation), are associated with the condition.

HLA genes are best known for their involvement in the immune system's response to infection.

The researchers analysed the genes of women with and without the shared allele associated with the risk of rheumatoid arthritis and their children.

They found that having children with these high-risk alleles increased the women's risk of rheumatoid arthritis.

The findings could possibly explain why women are at higher risk of developing the disease than men.

"Women are three times more likely to develop rheumatoid arthritis than men, with peak rates among women in their 40s and 50s," Cruz concluded.

This research is set to be presented Tuesday at the American Society of Human Genetics (ASHG) Annual Meeting 2014 in San Diego.

Viagra may protect your heart