A total of 13 people were in quarantine in Italy on Friday after a 37-year-old nurse from the Sardinian city of Sassari was infected with the Ebola virus while working in Sierra Leone. 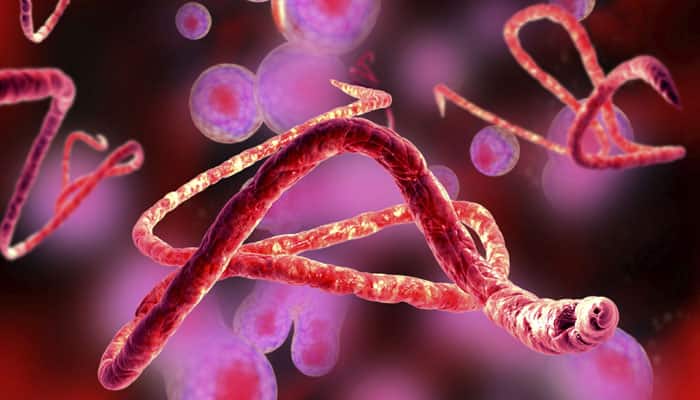 Rome: A total of 13 people were in quarantine in Italy on Friday after a 37-year-old nurse from the Sardinian city of Sassari was infected with the Ebola virus while working in Sierra Leone.

Regional health officials, police and the government's top representative in Sardinia were on Friday holding an emergency summit in Sassari after the nurse's condition worsened on Thursday.

The nurse developed "significant gastrointestinal symptoms", according to Rome's Spalanzani hospital, where he is being treated.

The 13 people quarantined in Sassari as a precautionary measure are all relatives of the nurse, who was working for the Italian charity Emergency in Sierra Leone.

Three Sardinian ambulance workers who took the nurse to hospital after his return home from Sierra Leone are also being monitored.

"All the protocols were followed," she said.

"He isolated himself as soon as symptoms appeared, and then he was hospitalised".

The Ebola outbreak in West Africa was first reported in March 2014, and has rapidly become the deadliest outbreak of the disease since its discovery in 1976.

The current epidemic sweeping across the region has now killed over 11,000 people -- five times more than all other known Ebola outbreaks combined -- and over 26,720 cases have been reported.

People have died from the disease in Liberia, Guinea, Sierra Leone, Nigeria, the US and Mali.

DNA editing could be key in sickle cell anemia cure