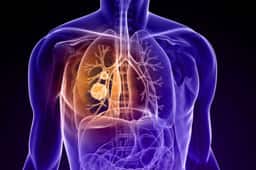 But its impact on directly boosting the risk of heart attacks and stroke is rather less clear, the research indicates.

The evidence suggests that high levels of certain air pollutants are associated with a higher risk of cardiovascular problems, but exactly how this association works has not been clarified.

The research team therefore set out to explore the short term biological impact of air pollution on cardiovascular disease, using data from three national collections in England and Wales for the period 2003-9.

These were the Myocardial Ischaemia National Audit Project (MINAP), which tracks hospital admissions for heart attack/stroke; hospital episode statistics (HES) on emergency admissions; and figures from the Office of National Statistics (ONS) on recorded deaths.

Some 400,000 heart attacks recorded in MINAP; more than 2 million emergency admissions for cardiovascular problems; and 600,000 deaths from a heart attack/stroke were linked to average levels of air pollutants over a period of 5 days using data from the monitoring station nearest to the place of residence.

No clear link with any air pollutant was found for cardiovascular deaths, with the exception of PM2.5 which was linked to an increased risk of irregular heart rhythms, irregular heartbeat (atrial fibrillation) and blood clots in the lungs (pulmonary embolism).

The findings prompt the researchers to conclude that there is no clear evidence implicating short term exposure to air pollution in boosting the risk of heart attacks and stroke.

But there does seem to be a clear link between particulate matter levels and heightened risk of atrial fibrillation and pulmonary embolism, they said.