In a shocking incident, a 62-year-old man suffering from cancer died during a live surgery that was being performed at a medical seminar in the All India Institute of Medical Sciences (AIIMS). 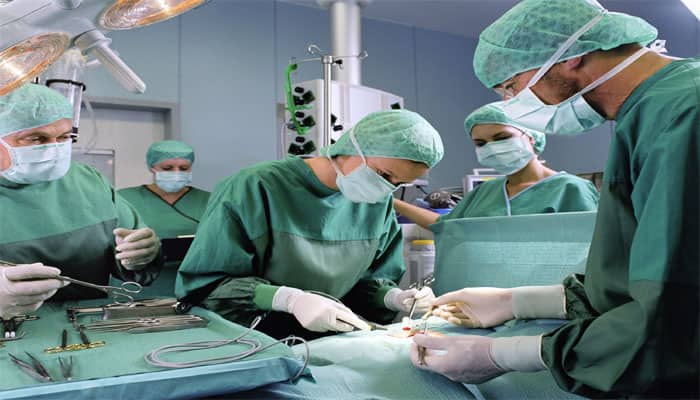 New Delhi: In a shocking incident, a 62-year-old man suffering from cancer died during a live surgery that was being performed at a medical seminar in the All India Institute of Medical Sciences (AIIMS).

The seminar was attended by experts from several countries. Citing negligence, the family of the deceased, Mr. Shobha Ram, alleged that doctors struggled for several hours with the surgery. However, officials at AIIMS said that the man had succumbed to his disease and not because of the medical procedure.

Shobha Ram, who was referred to AIIMS by the government-operated GB Pant Hospital, was suffering from liver cirrhosis and liver cancer. He was chosen by AIIMS medical practitioners to demonstrate tumour removal through a minimally invasive procedure during a workshop at the premier medical institute.

Ram’s family members claim that the doctors struggled for nearly four hours with the procedure. It was only when the patient started bleeding and his condition visibly worsened, that the experts advised to discontinue the laparoscopic process and perform an open procedure. According to the family, the doctors told them they could not save Ram’s life because of excessive blood loss.

According to a leading English daily, the officials at AIIMS said that bleeding during the surgical procedure is a known complication of the process and all measures were taken to control the bleeding.

A senior doctor at AIIMS has also been quoted as saying, “Live surgery has nothing to do with the death; the whole world is moving from open to laparoscopic procedure for its safety rate. He succumbed because of his disease, and there were several experts present who did whatever was possible to save his life”.