Is India's favourite instant noodles heading towards a total ban? The Delhi government on Wednesday banned Maggi noodles for 15 days as Nestle India, the manufacturer of the popular snack, battled controversy with many more states ordering tests following a lab report that samples of the noodles contained more than the permissible limit of lead. 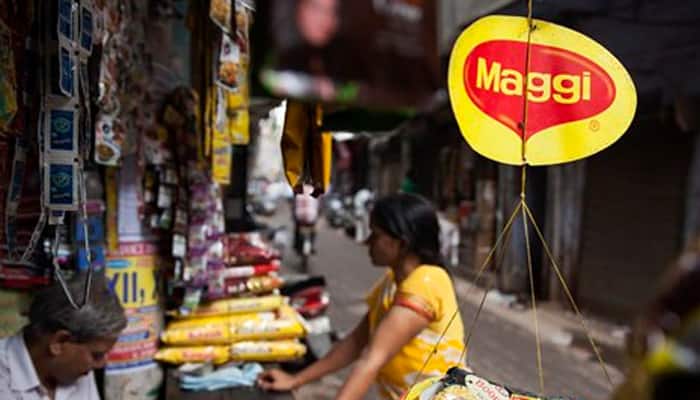 New Delhi: Is India's favourite instant noodles heading towards a total ban? The favourite comfort food of the Indian middle class is in the midst of a great crisis! The Delhi government on Wednesday banned Maggi noodles for 15 days as the manufacturer, Nestle India battled controversy with many more states ordering tests following a lab report that samples of the noodles contained more than the permissible limit of lead.

The move came after samples of 'Maggi' noodles manufactured in March 2014 were reportedly found to contain high lead content and Monosodium Glutamate (MSG) and came under the radar of various state governments and Union Consumer Affairs Ministry. 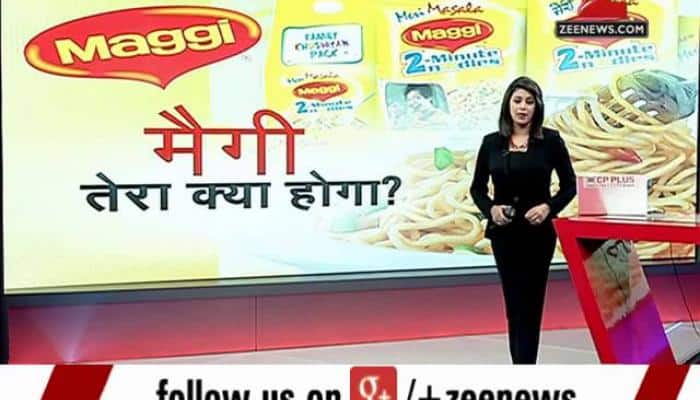 With consumers wary of Maggi noodles, sale of the snack, which has been a part of the Indian palate for over 25 years, took a hit with many stores and chains removing it from their shelves.

Indian Army officials said an advisory had been issued against eating Maggi and for their canteens not to sell it till the air was cleared about its contents.

Officials of Kendriya Bhandar said its retail outlets in the national capital and adjoining cities of Noida and Gurgaon have been asked to withdraw Maggi noodles from their shelves.

Stocks of Nestle India went down by 9.05 percent on Wednesday.

Nestle had earlier said it had sent samples of Maggi from almost 600 product batches to an external laboratory for independent analysis.

At the same time, Nestle sought to clear the air in response to a news report and said the company was officially unaware of any action by state governments, save the directive from Uttar Pradesh to withdraw the batch of February 2014 -- which had already passed the "best before" date.

"We have not received any official communication from the authorities so far," Nestle said in a statement on Wednesday.

"We are cooperating with the authorities who are conducting tests and awaiting their results."

Delhi's Health Minister Satyendar Jain said the city government has asked Nestle to recall all stocks of Maggi noodles from the capital.

"We are putting a 15-day ban on sale of Maggi noodles in the national capital. The ban will be in force from today (Wednesday) itself," Jain told media persons.

He said the ban was imposed as samples of Maggi noodles were found to contain more than the permissible quantity of lead -- which is 2.5 parts per million (ppm).

The Delhi government had earlier said that 10 of 13 noodles samples were found unsafe after tests.

Jain said officials from Nestle, who met him, said the lead content in Maggi was within the permissible limit but their reply was not found to be satisfactory.

He said five samples of masala (taste-maker) were also found to contain monosodium glutamate (MSG) without proper label declaration which falls under the category of misbranding.

Jain said the city government would reassess the quality of Maggi noodles after 15 days and samples of noodles of other brands will also be sent for tests.

But Goa Chief Minister Laxmikant Parsekar on Wednesday said results of all tests in the coastal state found Maggi samples to be okay.

The controversy surrounding Maggi has created concern among consumers including hostellers for whom Maggi noodles have been a go-to-food, especially at odd hours.

Union Food and Consumer Affairs Minister Ram Vilas Paswan on Wednesday defended the food safety watchdog FSSAI over the Maggi noodles controversy, and said if a company violated the standards, the regulator cannot be responsible for it.The FSSAI has also sent samples for tests.

Bollywood superstar Amitabh Bachchan, who has been dragged into the Maggi noodles controversy because of his earlier association with the brand, said on Wednesday that he was yet to receive any legal notice but will extend his help for smooth legal proceedings.

Bachchan said he had stopped being the face of the brand two years ago.

The Centre for Science and Environment (CSE) on Wednesday welcomed the food authorities' initiative in testing processed food for contaminants like heavy metals.

Notice to Delhi hospitals for refusing treatment to baby