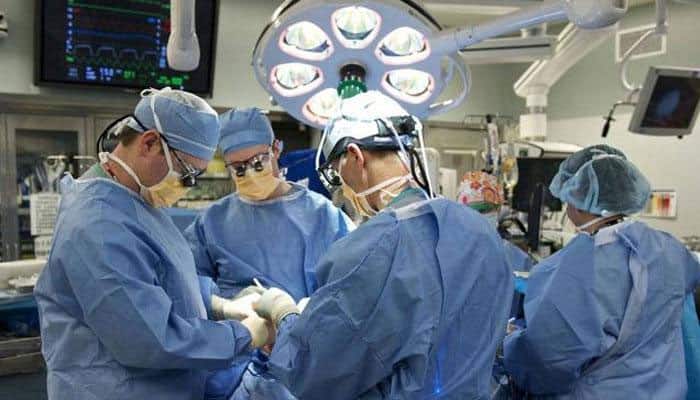 New Delhi: The international experts on Thursday lauded the milestone of India's first hand transplant conducted by doctors at the Kochi-based Amrita Institute of Medical Sciences and Research Centre (AIMS) in January this year.

In a marathon 16-hour-long surgery, a 30-year-old youth, who had lost both his hands in a train accident, received the hands of a 24-year-old accident victim.

Manu, a resident of Thodupuzha in Idukki District of Kerala, had lost both of his hands in a train accident a year ago and was waiting for a recipient.

Dr. SubramaniaIyer, who headed the Plastic and Reconstructive Surgery at Amrita Hospital, said the credit for the transplant should equally go to the family of Binoy from Varapuzha in Ernakulam district, who graciously agreed to donate his limbs. Binoy was brain-dead after a motor-cycle accident.

Unlike re-plantation, where a dismembered limb is surgically restored, in the case of transplant, the limb of a brain-dead person is transplanted on a recipient. Transplant of hand and upper limb has been accepted as one of the best forms of rehabilitation in patients with loss of hands.

They are superior in many respects to prosthodontic rehabilitation.

Dr. Iyer said, the success of limb transplant is high, since it is on an exterior part of the body and if there is any indication of rejection, corrective medication can be done, unlike any interior organ.

Hand transplant is followed by postoperative rehabilitation by physiotherapist and occupational therapist. In about one year of such a transplant, the limb becomes 90 per cent normal, but some small muscles might not become totally functional or total blood circulation might not be normal. But with regular rehabilitation, in the course of time, the transplanted limb becomes normal like a natural limb.

AIMS has been approved by the government of Kerala and medical directorate to perform hand transplants after inspection of the facilities and ascertaining the expertise. The department is backed by a large and experienced transplant team, social workers and psychologists.

What is Organ donation?

Organ donation is the process of removing tissues or organs from a live, or recently dead, person to be used in another. The former is the donor and the latter is the recipient.

There are two ways in which an individual can opt for organ donation and they are either a person Opt In, where the donor gives consent, or Opt Out, where anyone who has not specifically refused is considered a donor. In India the Opt In system is adopted, while many Western countries practice the Opt Out system.

India has a rate of less than 0.2 donors per one million population. An estimated 500,000 people die each year in India because of shortage of organ transplants in gigantic proportions.