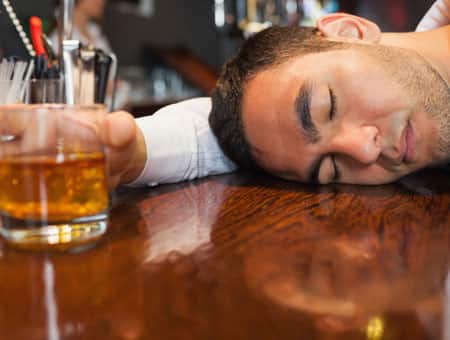 Washington: Researchers have suggested that a group of 11 genes can successfully predict whether an individual is at increased risk of alcoholism.

Alexander B. Niculescu III, M.D., Ph.D., principal investigator and associate professor of psychiatry and medical neuroscience at the Indiana University School of Medicine, said this powerful panel of just 11 genes successfully identified who has problems with alcohol abuse and who does not in tests in three patient populations on two continents, in two ethnicities and in both genders.

The researchers incorporated data from a German genome-wide study of alcoholism with data from a variety of other types of research into genetic links to alcoholism using a system called Convergent Functional Genomics. The work produced a group of 135 candidate genes.

The researchers then looked at the overlap between those 135 genes and genes whose expression activity was changed in a mouse model of stress-reactive alcoholism-research mice that respond to stress by consuming alcohol. The mouse model enables researchers to zero in on key genes that drive behavior without the myriad environmental effects that are present in humans.

The mouse model analysis narrowed the candidates down to the panel of 11 genes and 66 variations of those genes called single-nucleotide polymorphisms.

The researchers then determined that the panel of 11 genes could be used to differentiate between alcoholics and non-alcoholics (controls) in three different research populations for which genetic data and information about alcohol consumption were available: a group of Caucasian subjects and a group of African American subjects from the U.S., and a third group from Germany.

Many of the 11 genes also have been implicated as associated with other neuropsychiatric disorders including cocaine addiction, Parkinson's disease, bipolar disorder, schizophrenia and anxiety-not too surprising given that basic brain biology is involved, and links between such diseases as alcoholism and bipolar disorder have been known clinically for many years, Dr. Niculescu said.

The study has been published online in the journal Translational Psychiatry.

Premenstrual syndrome may not lead to hot flashes