Moms-to-be, take note! The sounds and vibrations emitted by cellphones carried by pregnant women may rattle the sleep-and-wake cycles of their foetuses, a new study has found. 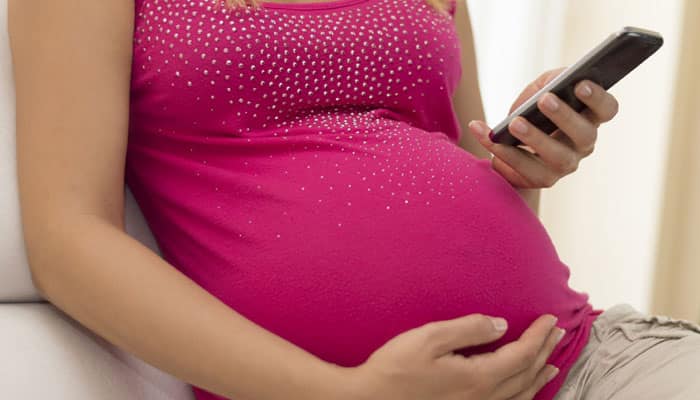 Washington: Moms-to-be, take note! The sounds and vibrations emitted by cellphones carried by pregnant women may rattle the sleep-and-wake cycles of their foetuses, a new study has found.

The study tracked foetal reactions to repetitive cellphone and beeper use among more than two dozen resident physicians while they were pregnant.

"We wanted to see what these devices can do to the foetus," said study co-author Dr Boris Petrikovsky, a professor of obstetrics and gynecology, and director of maternal and foetal medicine at Wyckoff Heights Medical Center in New York City.

"And actually what we figured out is that if you're a baby in-utero [in the womb] and someone wakes you up every hour, you will not be a happy camper.

"The sound, and perhaps even vibrations, cause a lot of 'startle reflex', which disturbs the normal sleep cycle," he said.

Previous research has suggested that pregnant women who are resident physicians tend to have a higher-than-average rate of pregnancy complications, including premature birth, excessively high blood pressure (pre-eclampsia) and low birth weight.

Because of the nature of their duties, such medical residents often carry phones and beepers close to their body, over very thin medical scrubs, for long periods of time.

"We can't say that this is definitely causing the higher pregnancy risk that has been seen," Petrikovsky said.

"But we can say for sure that cycles of normal foetal behaviour are definitely disturbed or interrupted by the frequent use of cellphones and beepers," he said.

The study included 28 obstetrics and gynecology residents, all of whom were in their third trimester.

All carried beepers or cellphones in a position near the foetus' head, and on five occasions the devices were activated to emit a series of rings separated by five-minute intervals.

The women underwent ultrasound screening during this time so the researchers could assess the effect on the foetuses.

All of the foetuses (who were between 27 and 41 weeks of gestation) displayed startle response when exposed to a single generated sound. Responses included head-turning, mouth-opening or blinking, the study authors said.

However, the researchers found that many of the foetuses appeared to essentially get used to the sounds.

When phones and beepers were made to ring repeatedly every five minutes, the researchers observed a drop in startle reactions among more than 60 per cent of the foetuses under 36 weeks' gestation and among 90 per cent of full-term foetuses.

Still, the researchers concluded that repeated exposure to the sounds of such devices, when carried near the foetal head, may get in the way of normal foetal behaviour.

Mom's weight gain during pregnancy can lead to obese kids