Over 35,000 died in India in last decade due to air pollution: Govt

The government on Thursday said that more than 35,000 people had died due to acute respiratory infections (ARI) across India in close to 10 years. 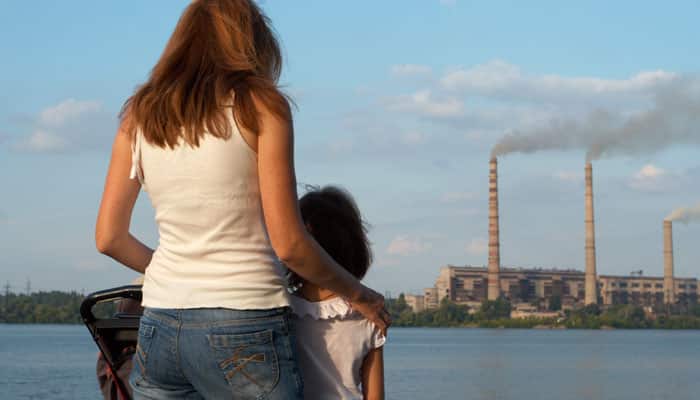 New Delhi: The government on Thursday said that more than 35,000 people had died due to acute respiratory infections (ARI) across India in close to 10 years.

The Union environment ministry had in the past maintained that there was no “conclusive evidence” that links air pollution to respiratory diseases.

Sharing details of air pollution-linked deaths, the environment ministry also informed the Parliament that more than 2.6 crore of such cases were reported every year during the period, reports an English daily.

“Air pollution is known to be one of the aggravating factors for many respiratory ailments and cardiovascular diseases,” environment and forest minister ​Prakash Javadekar stated, sharing the data provided by the health and family welfare ministry.

The ministry, which generally avoids revealing details of air pollution-linked deaths, shared statistics related to ARI deaths from 2006 to 2015.

The ministry also listed a number of measures being taken by it to minimize the impact of air pollution.

“Asthma, chronic obstructive pulmonary disease, chronic bronchitis etc are the diseases caused by exposure to increasing air pollution,” the minister stated in his written response in Rajya Sabha while responding to a Parliament question on impact of air pollution.

Earlier in May, the World Health Organization (WHO)'s report shown that deaths due to air pollution have increased fourfold across the globe over the past decade with China and India being named as the far worst affected countries.

A recent study published in Environmental Science and Technology journal had claimed that foul air was killing up to 80 people a day in Delhi alone.

The Centre for Science and Environment's (CSE) analysis of government data and the Global Burden of Disease report's data on India has also named air pollution as the fifth leading cause of death in India after high blood pressure, indoor air pollution, tobacco smoking and poor nutrition.

While the above government's data is a rare official admission that pollution could be causing deaths in India on a large scale, international studies have indicated that the number of deaths could far higher than reported.