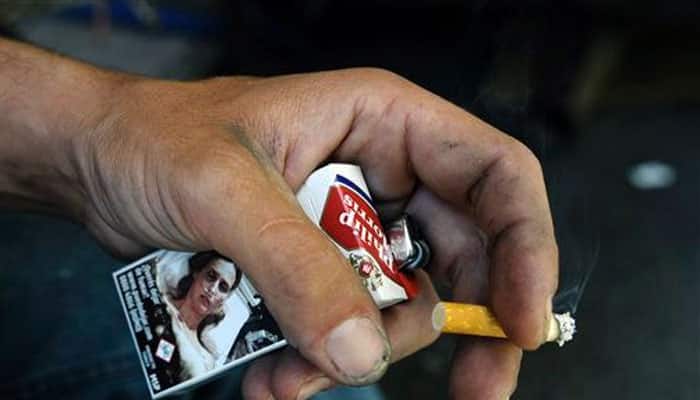 New Delhi: In an attempt to erdicate tobacco addiction, The World Lung Foundation asked India to dismiss misinformation being spread by the tobacco industry and implement large graphic health warnings on tobacco packs without further delay.

The organisation believes that large graphic warnings and hard hitting campaigns prove to be highly effective in warning people about the health harms of tobacco. Larger pictorial warnings also help to deter children from initiating tobacco use.

The foundation also said that the implementation of the warnings would be a fitting tribute to the bravery of cancer patient Sunita Tomar, who died on Wednesday.

Vaishakhi Mallik, programme manager, India who worked closely with Tomar during the filming of the Public Service Announcement (PSA) to raise awareness about the harms of tobacco recalled: "Sunita Tomar was a true fighter. During the filming, she was frequently tired and uncomfortable, but she overcame her physical and emotional pain to speak with dignity and clarity to the media, never flinching in the face of all that scrutiny."

According to the Tobacco Atlas, nearly a quarter (23.2 percent) of adult males, 3.2 percent of adult females, 5.8 percent of boys and 2.4 percent of girls smoke tobacco in India.